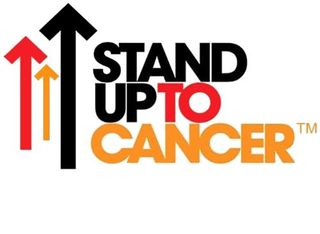 LOS ANGELES and NEW YORK: Fox, ABC, CBS, NBC and several cable networks are donating commercial-free air time for a cancer fund-raiser in September. The networks will carry “Stand Up to Cancer” live a 8 p.m. Eastern and Pacific, 7 p.m. Central, from Los Angeles. VH1, HBO Latino, TV One and G4 will also carry the program, along with HBO, Discovery Health, E!, MLB Network and Style.

“Cancer claims one person every minute of every day in the United States... We’re delighted that the entertainment community is banding together in such a big way to help us get that word out,” said Laura Ziskin, the event’s producer and a cancer survivor. Her film credits include the “Spider-Man” trilogy, “As Good As It Gets,” and “Pretty Woman;” she also produced the 74th and 79th Annual Academy Awards.

“The 2008 telecast was viewed in more than 170 countries and helped raise over $100 million. More than $83 million has since been committed to five multi-disciplinary research teams from more than 50 institutions, as well as to 13 innovative scientists who are undertaking high-risk yet potentially high-reward projects to end the reign of cancer as a leading cause of death in the world today,” the announcement stated. The American Association for Cancer Research administers the grants and provides scientific oversight.