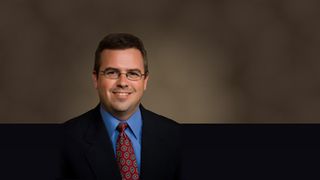 Over the past four years Belden, traditionally a broadcast audio and video cable provider, has spread its wings and subtly acquired a number of companies that have now made it a veritable silent giant among broadcast equipment suppliers. The purchase of Miranda Technologies, with its myriad of signal processing, display and distribution products, was announced in June.

With this latest transaction now complete, Belden will soon announce plans to move the manufacturing operations of its Telecast Fiber Systems division (based in Worcester, MA) to Belden’s recently acquired Miranda Technologies facilities in Montréal, Canada. The move, which will result in a reduction of some staff, is part of Belden’s integration plans for its many noncable divisions — which now include GarrettCom, Hirschmann, Lumberg Automation, and Poliron — to maximize its expanding resources and consolidate redundant activities across the product lines.

Belden produces and sells a comprehensive portfolio of cable, connectivity and networking products into a variety of markets, including industrial, enterprise, broadcast, transportation, energy and consumer electronics.

“Within weeks of the Miranda acquisition, Belden is moving to deliver value by providing seamless product solutions to Miranda and Telecast customers,” said Steve DeFrancesco, vice president and general manager of Telecast Fiber Systems at Belden. DeFrancesco has led the migration efforts and has been coordinating the move. “To this end, the phased integration, already underway, will leverage the technology, R&D, and manufacturing capabilities of the combined enterprise."

The company would not comment on when the migration of Telecast’s operations would be completed, but Telecast sent out a memo to its key customers and dealers that the move would streamline manufacturing at Telecast and result in products being shipped faster than previously from its facilities in Worcester (where it has been located since the company was founded in 1991). Telecast makes fiber-optic conversion and transmission products used by local stations for newsgathering and stadium infrastructures. The company has recently branched out into multidisplay video technology.

A representative for Belden/Miranda said the Worcester office, which houses Telecast Fiber Systems and sister company Mohawk Cable, would remain open after the migration is complete, with administrative and sales activities continuing for the foreseeable future.