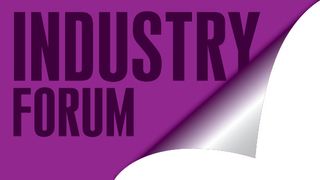 In 1995, the DTV Standard (A/53) was approved by the Advanced Television Systems Committee (ATSC). Since that time, the committee has successfully extended the system with new functionality such as the Mobile DTV Standard (A/153) and Non-Real-Time Content Delivery (A/103). The emerging evolutionary step — dubbed the “ATSC 2.0” standard — will enable new functionality, including non-real-time transmission, advanced video compression, enhanced service guides, audience measurement and conditional access.

ATSC 2.0 will provide interactive capability by creating connections between live TV and Internet content, as well as live TV and non-real-time content, through triggers and objects in the broadcast stream. Broadcasters will be able to insert interactive elements into the broadcast stream. Triggers cause the content to be activated, whether delivered in the stream or obtained via Internet. These enhancements are backwards-compatible.

ATSC is also looking further ahead, planning for terrestrial broadcast television’s next big development. This look includes transitioning to an “ATSC 3.0” system that will provide even more services to viewers, but requires a clean break from first-generation DTV system technology.

Broadcasting is similar to other industries; technology leads the way and is the impetus for major transformation. A change will be needed to adapt to expected technological advances. So, while working on the backwards-compatible ATSC 2.0 enhancements, the committee is also looking down the road to ATSC 3.0, a revolutionary OTA transmission system expected to emerge within the next decade.

On Sept. 6, 2011, ATSC announced the formation of a new Technology Group (TG3), under the leadership of Jim Kutzner of PBS, to develop ATSC 3.0. The ATSC Board of Directors defined the TG3 Scope of work as follows:

“The ATSC 3.0 Technology Group (called TG3) will develop voluntary technical Standards and Recommended Practices for the next-generation digital terrestrial television broadcast system. ATSC 3.0 is likely to be incompatible with current broadcast systems and therefore must provide improvements in performance, functionality and efficiency significant enough to warrant implementation of a non-backwards-compatible system. Interoperability with production systems and non-broadcast distribution systems should be considered.”

In its development process, the ATSC Board of Directors has asked TG3 to consider the following:

The initial work of TG3 has been focused on the development of use cases that define potential functions that a new DTV system could provide to consumers. Ultimately, these scenarios will be used to develop the technical requirements for ATSC 3.0.

Work is also under way within TG3 on plans for development of the physical layer of ATSC 3.0. A preliminary list of target attributes has been created, and a draft Call for Proposals (CFP) is under development with a planned release in the first quarter of 2013. As work moves forward on the physical layer, efforts to define the transport and application layers will begin.

Regardless of what transmission methods and technical details are made part of ATSC 3.0, it’s a certainty that mobility will be a centerpiece. This is given the exponential growth in the number of smart phones and tablets carried by people each month. At the same time, broadcasters are increasingly interested in the possibility of providing Ultra High Definition services to the home for 4K and higher resolution.

On Nov. 11, 2011, television broadcasting executives, technologists and engineers met in Shanghai, China, and agreed that global cooperation is essential to developing strategies and technologies necessary to ensure the future of terrestrial TV broadcasting. During the 2012 NAB convention, the formation of the Future of Broadcast Television (FOBTV) Initiative was announced. The goals of FOBTV include development of ecosystem models for terrestrial broadcasting, development of requirements for next-generation terrestrial broadcast systems, selection of major technologies to be used as the basis for new standards and standardization of selected technologies by existing SDOs.

Development of a global terrestrial TV standard will provide significant benefits for broadcasters, manufacturers and consumers. First and foremost, a global strategy will show the commitment of the broadcasting industry to embrace new technologies that will encourage interest from global technology developers to develop next-generation products. Of course, mass production drives down the cost of professional and consumer products. As handheld and mobile devices become increasingly important as target devices for reception of terrestrial TV, it is important that these devices work as users travel across borders.

FOBTV has developed use-case scenarios from participating organizations (including those from ATSC, as described above), and is now in the process of creating a vision paper for a global end-to-end model for the next generation of broadcast television. Based upon the paper and the use cases, FOBTV will develop technical requirements and issue a Request for Proposals (RFP).

The initiative has approximately 60 participating organizations and is a voluntary, non-profit association open to any organization that signs the Memorandum of Understanding.

—Mark Richer is the president of the ATSC.