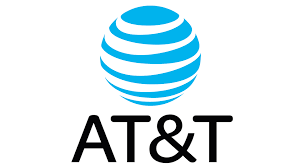 COSTA MESA, Calif.—AT&T/DirecTV and Dish Networks have come out on top when it comes to consumer satisfaction for TV providers, according to the J.D. Power 2020 U.S. Residential Television Service Provider Satisfaction Study.

AT&T/DirecTV and Dish Network tied nationally with a score of 763. AT&T/DirecTV ranked highest in the East region (793), while Dish was highest in North Central (749) and South (781); the two providers tied in the West (752). J.D. Power says this is the third year in a row that Dish Network ranked the highest nationally.

Xfinity and Spectrum were the two providers directly behind AT&T/DirecTV and Dish, earning national scores of 733 and 716, respectively.

J.D. Power also did a survey for Residential Internet Service Providers. There was no national study, but Verizon came out on top in the East (769), while AT&T/DirecTV ranked highest in North Central (742), South (769) and West (742).

“With the country quarantining at home, internet and television services were under enormous pressure to continue performing reliably,” said Ian Greenblatt, managing director at J.D. Power. “True to form, providers did not succumb to the additional demand. Instead, they kept Americas connected: working, informed and entertained, thereby retaining their customers’ satisfaction.”