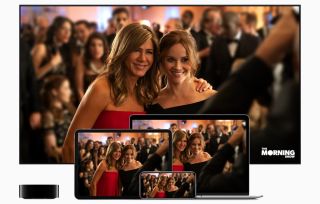 EDMONTON, Canada—Here’s a tech irony: The company that’s made its bones on offering products with superior user interfaces and experiences comes in dead last with consumers when compared to other streaming video services and cable TV.

A survey of more than 1,200 pay-TV and streaming platform users released in mid-August from Flixed found Apple Inc.’s Apple TV+ garnered the lowest ratings from respondents when compared to Netflix, Hulu, Disney+ and cable TV for their satisfaction with the service’s user interface—64% vs. 85% for Netflix, which topped the lists.

Similarly when it came to finding something to watch, Apple TV+ came in last. Fifty-seven percent of respondents reported they found Apple TV+ easy to use to explore new shows, and 55% said the platform made it easy to search for something specific.

PLUS: Hub: Half of TV Viewers Check Streaming First

The bad news for Apple TV+ doesn’t stop at content discovery, however. “Apple TV+ is the least preferred streaming platform [12% among users and 3% among all respondents] and scored low across a variety of metrics,” according to an article from Flixed summarizing the study’s findings.

Apple TV+ ranked lowest in percentage of users satisfied with each platform at 60% versus Netflix, which topped the list at 91%. Drilling down on satisfaction, the survey asked respondents whether they were satisfied with the quality and variety of content offered on each platform. Here again Apple TV+ brought up the rear.

“Not only was Apple TV+ seen as having the worst quality content (60%), users indicated it had the least amount of variety (64%) and the most unfriendly user interface (64%),” the article said.

Flixed is a publisher focused on helping people cut the cord and offering information to consumers on streaming.