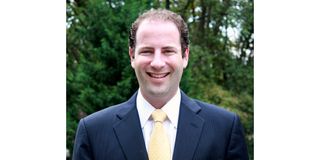 WASHINGTON – The National Association of Broadcasters announced today that Rick Kaplan has been hired as executive vice president of Strategic Planning. In this newly created position, Kaplan will lead NAB's efforts related to spectrum and innovation policy. His first day is Oct. 22.

“We are delighted to announce the hiring of Rick Kaplan, whose credibility and integrity are well-recognized both at the Commission and in telecom circles in Washington,” said NAB President and CEO Gordon Smith. “His expertise on spectrum issues will benefit broadcasters greatly as we work with policymakers to ensure a robust local television business for decades to come.”

Kaplan most recently served as chief of the Federal Communications Commission’s Wireless Telecommunications Bureau. He joined the Commission in 2009 as deputy coordinator for the DTV transition, before becoming chief of staff to Commissioner Mignon Clyburn. Kaplan also served as chief counsel to Chairman Julius Genachowski, serving as the chairman's lead policy counsel on issues such as wireless, media, engineering, and public safety issues.

As chief of the Wireless Bureau, Kaplan authored a letter to Verizon requesting an update on the carrier’s build-out of spectrum it won in the last auction of TV airwaves. Verizon had just stated it would sell those 700 MHz licenses in order to obtain regulatory approval for a spectrum acquisition and a service-swap deal with Comcast Time Warner Cable and Bright House. Kaplan requested a response by May 22. On May 30, it was announced that he had been replaced by Ruth Milkman, special counsel to the chairman and the former Wireless Bureau chief.

“I’m thrilled to be joining a team of talented professionals at one of Washington’s most respected trade associations—NAB—at a critical juncture in the history of broadcasting,” Kaplan said. “I look forward to representing the interests of local TV stations that have a rich legacy of service to their communities, and a vibrant future in the communications ecosystem of tomorrow.”

Kaplan began his career as public relations professional in the sports industry and started his own PR and management company, Kaplan Sports Group, Inc. He was an associate with the law practice Sidley Austin LLP, working in federal and state court litigation and advising clients on financial regulation and privacy. Immediately prior to joining the FCC, Kaplan was assistant counsel in the Office of the General Counsel with the House of Representatives.

Kaplan earned a B.A. in Philosophy from Wesleyan University and a J.D. from Columbia Law School, where he was editor-in-chief of the Columbia Law Review. He began his legal career as a law clerk for Judge Harry T. Edwards of the U.S. Court of Appeals for the D.C. Circuit.