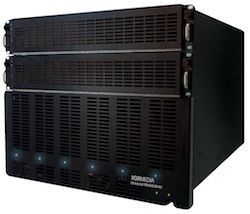 The company said it would be giving away some Nikon 1 cameras for registered booth visitors at the CCW Show.