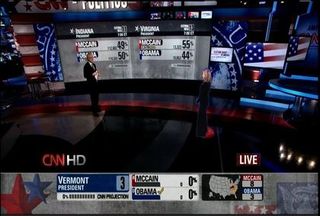 The company said it cut a $900,000 agreement with an Italian broadcaster to provide graphics and integrated asset management for an upgrade to HD. Today’s news follows two announced yesterday totaling $800,000 for provision of graphics technology to production houses in Germany. On Tuesday, Vizrt said it had signed a deal worth more than $1 million for broadcast graphics, Web and mobile technology for a French TV station.

Vizrt recently reported record revenues for 2011 of $125.3 million, up 19 percent over 2010. Graphics drove the increase, accounting for 77 percent of total revenues, the company said. Fourth-quarter revenues reached $33.5 million, up 5 percent from the previous year. Net profit was up 13 percent for the year to $16 million, and up 18 percent to $6 million for the FQ411.

On the acquisition side, Vizrt is in the process of closing on its purchase of LiberoVision, a specialist in virtual sports enhancements. Vizrt said March 14 that it had purchased another 20 percent of the company pursuant to the three-part deal announced in 2010 when Vizrt took a 60 percent stake for $6.12 million. Consideration for the second tranche was calculated at 10 percent of 10x Libero’s EBIT for 2011, bringing the payment to $267,367 in cash and stock, in current exchange rates.

Vizrt (Oslo Main List: VIZ) shares are trading at about €2.85 (US$3.78) this morning, up around 22 percent year-to-date. Vara Research of Frankfurt, Germany, gives Vizrt a consensus share price target of $4.76. 4-Traders of Lyon, Frances rates Vizrt a “Buy” with a target price of $5.12.
~Deborah D. McAdams