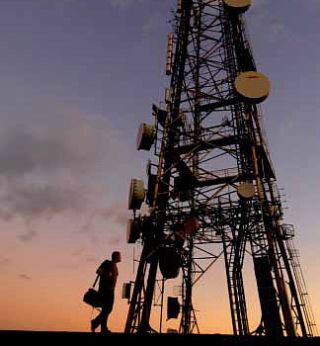 The earthquakes that have rocked parts of New Zealand aren't the only things that have provided testing times in the country. New Zealand's television industry has experienced an overhaul of its infrastructure in the last few years, with both the major broadcasters and the pay television company converting to file-based technology.

Transmissions and services in HD have been introduced; some in 720p, some in 1080i, and all in the 50Hz family. The programme providers, of course, send material in these standards plus those of the 60Hz family â€“ and let's not forget the SD-SDI standards that are still in daily use.

Having all these standards within one facility means there has been a demand for test equipment that is capable of generating and analyzing all these signals, and the associated audio signals they contain. Such equipment must be small enough to be easily moved to where it is needed, but powerful enough to provide a high level of sophistication of measurement and signal generation.

At the country's largest broadcaster, the publicly-owned Television New Zealand (TVNZ), they've turned to the PHABRIX Sx series products to meet these requirements.

TVNZ has two commercial free-to-air channels, TV ONE and TV2; and two digital commercial channels, U and TVNZ Heartland; plus one digital non-commercial channel, TVNZ 7. TVNZ also has a significant online presence with tvnz.co.nz, providing up-to-the-minute news and entertainment; and Ondemand, an online television catch up site.

To help service their SDI testing needs, TVNZ has bought a mix of the single link 3GHz capable SxAs -- the first member of the series -- and the SxD dual link version. The most recent of the series, the SxE, adds eye pattern display and analysis to the already powerful toolkit. Both it and the SxA include AES audio (unbalanced) in/out, although all the versions include comprehensive embedded audio generation and measurement.

These units' intuitive interfaces and logical workflows allow engineers to quickly select between the generator, analyser and monitor toolsets. Feedback is smooth and interactive, clearly displaying a full range of test patterns, both static and animated â€“ such as a moving zone plate -- on their large 4.3-inch 16:9 colour TFT screens.

TVNZ's engineers are particularly impressed with the ease of access the Sx series provides. David Parker, TVNZ's Platform Engineer, is a frequent user. "I particularly like the portability." he said, although Parker frequently finds "his" unit has been "borrowed" by a colleague! "The battery life is often a weak point with portable instruments but the Sx battery life is very good, especially considering the size and brightness of the screen," Parker added.

One of TVNZ's engineers had designed some custom test signals, which the company has found to provide more test information on the one signal than the standard signals allowed. These have been included in the range of patterns in the TVNZ Sx instruments.

"The ability to include user test patterns has been very useful," said David Parker. "We've also found the PHABRIX units to be very easy to upgrade. Most broadcast products are software-based these days and can therefore be constantly improved by the supplier. This can be very difficult through the corporate firewalls we have to protect our systems, so it is refreshing to have a simple 'drag and drop' interface provided to make upgrades quick and painless." Of course, if you don't have firewall worries, it is easier still â€“ simply connect to a network and select "Download"!

In large systems such as a broadcast centre, it is easy for someone elsewhere to change the signal you are examining. It can be very hard to tell from a waveform or other test data that this has occurred. Hence the quick, one-button press that returns the monitor screen to the input video display from any menu is a very welcome feature.

"I also like the fact that it says 'No Video' when the input disappears, and provides the current input signal and generator output standards at the top of all the displays," Parker said. "Often the input can disappear in the middle of your testing because of an upstream switch and you can spend time looking for something that isn't there."

David Parker noted that the PHABRIX menu structure is excellent. "The menu structure isn't too deep," he explained. "All the most-used features are in the top menus of each function's page. The availability of 'soft' buttons providing higher-level menu selection and arrow key access to the detailed menus works very well."

The Sx range includes a number of software options such as ANC Inspection, Signal Data View, and Extra Video Formats to extend the already comprehensive default facilities. A very popular option amongst New Zealand users is Dolby E analysis. This recently released feature's arrival has been very timely for TVNZ.

"We have just begun introducing surround sound to our transmissions, so we have found the Dolby feature to be very useful," said Parker. "It is excellent to be able to look at Dolby signals as they pass down the transmission chain, to ensure they remain properly locked and framed." (The full Dolby E metadata is displayed, although the audio is not decoded. This feature will be available in the forthcoming rack mounting version.)

The units at TVNZ are all of the SxA single link 3GHz capable or SxD dual link varieties. At the country's largest transmission facilities provider, Kordia, they've chosen the SxE version which adds eye pattern display and analysis to the features of the SxA.

Kordia designs, builds, maintains and operates major radio/TV networks in New Zealand. It also provides engineering and consulting services to a range of other broadcasters and government agencies throughout the Asia-Pacific region and beyond. Kordia is responsible for the distribution and transmission of the majority of television signals in New Zealand; including the provision of itinerant linking services to outside broadcast companies.

"I've found that the eye pattern function is great," said Peter Kent, one of Kordia's video linking technical specialists. "HD signals don't like long or damaged cables, and at OB events it is often difficult to avoid both these things. So being able to know (that) the signal you are passing on is okay has helped me a lot."

The SxE unit also ensures that Dolby E signals being provided by the OB van are properly framed and on the line the end user is expecting them on," he added. "The Dolby E function of the PHABRIX is perfect for this."

Kent also likes the logging ability of the SxE. It allows error thresholds and levels to be set and any subsequent errors to be logged in the instrument for later examination.

"With fewer people on site at OBs these days, there isn't time for anyone to sit and watch for suspected intermittent problems; for instance occasional CRC errors and the like," Kent said. "The logging feature means I can leave the PHABRIX to keep an eye on things while I get on with the rest of the work. If there have been errors, it will tell me and I can then chase them down. It's been very, very useful."

Like his colleagues elsewhere in the country, Peter Kent appreciates the SxE's bright, clear, high-resolution screen, the compact size of the unit and the good battery life. He also likes the way the unit is protected: "I know it sounds silly, but the travel case is excellent â€“ ideal for what we have to do."

When not in the field, Kent looks after equipment at Kordia's service base. Here he finds the SxE's ability to generate and analyse many different standards very convenient. As yet he hasn't had to use the remote control feature, but is happy to see it there as "it's a great feature to have."

Because of its transmission focus, Kordia handles a lot of ASI signals, so PHABRIX's forthcoming ASI capability is going to be of interest. This will be first available in the new rack mount version of the units, which are due to market very soon.

The bottom line: The PHABRIX Sx series are perfect tools for markets like New Zealand's, which is technically highly sophisticated and economically demanding. Little wonder then that they are proving so popular with their users!