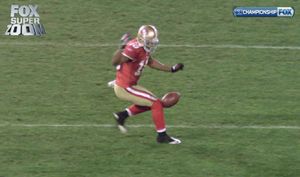 Fox Sports plans to expand its use of Super Zoom for the upcoming NFL season.

NEW YORK: In 2011, the NFL signed an eight-year broadcast rights deal with ESPN, followed by nine year rights’ deals with CBS, Fox, and NBC. For the networks, these long-term contracts were a mixed blessing. On the plus side, they justified making long-term investments in new equipment. On the negative side, the deals are forcing the networks to predict what technology will be sufficiently future-proof.

“We all know we’re going to have to upgrade our trucks, and our cameras and switchers,” said Ken Aagaard, CBS Sports’ executive vice president of Operations, Engineering & Production Services. “But we find ourselves—as usual—in-between technologies.”

The challenge: Broadcast technology will likely evolve and advance exponentially between now and the end of the NFL deals in 2021 (ESPN) and 2022 (CBS/ Fox/NBC). So broadcasters must predict what these advances are likely to be and purchase equipment accordingly.

MOVING TO 4K
When it comes to future-proofing their technologies, both CBS and Fox are moving towards 4K cameras, which capture and deliver pictures that measure 4096x2304 pixels, four times the number of pixels found in a 1080p HDTV image.

CBS Sports is tweaking what it already has in the field for this season while it tries to figure out the next big leap in NFL coverage. “We are looking at several 4K cameras,” said Jerry Steinberg, Fox Sports senior vice president of Field Operations & Engineering. He noted that Fox already has experience in working in higher-than-1080p cameras, thanks to the network’s Fox Super Zoom camera system. “Inertia Unlimited supplied the Vision Research [Super Zoom] cameras for last season,” Steinberg said. “If everything goes according to plan, we will be using Sony 4K cameras this coming season.”

CBS is also looking at a range of 4K cameras, but the shopping process doesn’t stop here: Incorporating 4K cameras into a broadcast system will require upgrades throughout the entire production chain.

This is why broadcasters are having serious talks with Sony and Grass Valley about their next generation of video switchers, and the advanced features they’ll have onboard. “We need to know what these next-gen switchers will look like, and how they will cope if we go to 4K cameras, recorders, and routers,” Aagaard said.

It’s not just 4K that’s a concern. Broadcasters want to know what level of IP signal traffic their NFL production units will need to handle in the years ahead. “The issue isn’t just how we’ll be moving signals around the truck, but also how we’ll be communicating among ourselves, and back to the network,” said Aagaard. The only consolation he can take from this process is that U.S. broadcasters have gone through it before. “It’s like the switch from SD to HD,” Aagaard said. “It’s that big a change that we are trying to plan for.”

ALTERNATE VIEWS
Future concerns notwithstanding, U.S. networks have to be ready when the 2012 NFL season starts on Sept. 5 when the defending Super Bowl XLVI champion New York Giants take on the Dallas Cowboys on NBC. And they will be.

At Fox Sports, the plan is to extend the use of the network’s Super Zoom and Skycam overhead cameras in its NFL broadcasts. “Super Zoom is an incredibly effective way to deliver the ‘money shots’ for us,” Steinberg said. “We are extremely happy with this technology, which is why we plan to use it more this season.”

Over at CBS Sports, Aagaard sees the network “tweaking” what it’s already got in the field for this season, while it tries to figure out the next big leap in NFL coverage. However, 3D will likely not be on the shopping list, because the 3D transition is going slower than expected.

The reason: No matter how good 3D images look at the originating location— “where we put everything we can into getting the highest resolution,” said Aagaard—the subsequent compression that these signals experience on their way to cable/satellite TV viewers robs them of their viewability. “People look at these compressed 3D signals at home, and wonder ‘what’s the big deal?’” Aagaard said. “Full resolution for the left eye and right eye will be important for 3D to succeed.” Right now, that’s not what viewers are getting from their cable/satellite providers.