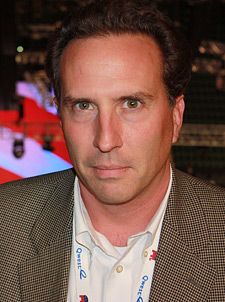 Q. What kind of products or services does your company offer for broadcasters?
Since 1961, we’ve been making high-quality audio products for radio and television stations ranging from wireless IFB Cue systems to audio IP and POTS codecs, telephone talk show systems and various telephone interface products. At the NAB Show last year we introduced our first video product, called LiveShot.

Q. What’s new that you will you feature at the NAB Show and that TV broadcasters should look for there?
The response we’ve received since the 2011 NAB Show regarding LiveShot has been overwhelming. We will be shipping just prior to the show and expect to see lots of the folks that have been inquiring about this product at the show. We’ll be running LiveShot over Verizon’s 4G LTE network and Wi-Fi so attendees will be able to see LiveShot in action. We also have some exciting developments for our new VoIP Telephone Talkshow system, STAC VIP.

Q. How is your new product offering different from what’s available on the market?
The very small form factor, low delay (about 200 ms) and low price have been the key factors driving interest in LiveShot. It has a very full feature set in a very small package and no on-going lease agreement.

Q. What do you anticipate will be the most significant technology trend at the 2012 NAB Show?
Better, cheaper, smaller, faster. Many of the stations I’ve been visiting lately are looking at ways to get their production done for less money and with greater efficiency. I see that in the ever-shrinking master control room.

Q. Where are you based, and how many employees do you have? Anything else we should know about your company?
Comrex celebrated its 50th Anniversary in the broadcast equipment business last year at the NAB Show. We are based in Devens, Mass., and have been in this area since we were founded by John Cheney in 1961. Comrex Corp. is a private, employee-owned company of about 25 people.