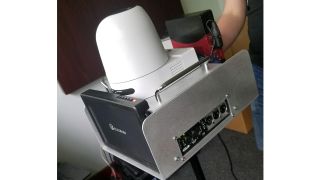 The new systems are designed to simplify and accelerate configuration for content creators, ceding production and control operations to CP Communications technicians, according to the company.

The all-in-one packages integrate a Sony SRG-360SHE PTZ camera, a Mobile Viewpoint Agile Airlink encoder, a return video monitor and connections for audio. The CamSTREAM models can be attached to the top of a tripod or be set on a table top. Remote control and management from CP Communications’ network operations centers is supported by Mobile Viewpoint’s LinkMatrix system.