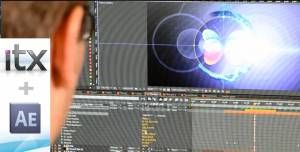 Miranda has announced several new solutions it will demonstrate at the 2013 NAB Show.

Making its first NAB appearance will be Miranda's iTX Render Service. Instead of using a real-time character generator to play back graphics templates, the iTX Render Service automates and manages rendering of Adobe After Effects projects into fully finished graphics, ready for playout from an iTX integrated playout platform or Miranda's Vertigo graphics processors. Benefits include the removal of creative limitations within an Adobe After Effects authoring tool and the ability to publish those complex, rich graphics on multiple channels from a single source.

Another NAB first will be the SME-1901 high-density, streaming media encoder. The SME-1901 is suitable for a wide range of IP monitoring applications, combining high density with high quality to perform H.264 video and AAC audio encoding for up to 20 streams per frame. Multiple sources, in-plant and remote, are available over in-house IPTV to anyone who typically requires access. it supports all common streaming protocols and has six-port 3G/HD/SD distribution amplifier with support for fiber I/O via SFP cartridge.

In addition, Miranda will demonstrate a series of solutions that are already suitable for 4K production.