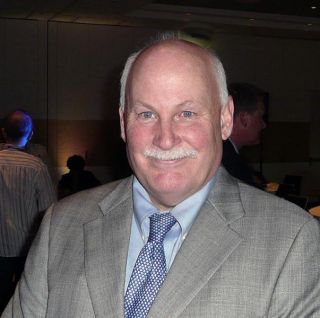 Here we go again. Tim Thorsteinson has been named president and CEO of Grass Valley, a company he led through three different owners.

Thorsteinson is known for his (at times) brutal honesty and his skillful ability to look at a manufacturing operation and focus in on its sales and production weaknesses, streamline where necessary, to make a tech company more profitable. His past reclamation projects have included leadership positions at Tektronix, Grass Valley, Leitch, Harris and Enablence Technologies, a fiber-to-the-home supplier, that has meant for tough times followed by new efficiencies. He was also brought in to the Board of Directors at Miranda Technologies to help tidy up the sales and manufacturing operations when it was shopping its assets (and eventually sold them to Belden).

What the second-coming of Tim means for Grass Valley as a company — in terms of financial health — is anybody’s guess, although the sight of Thorsteinson walking through the halls of Grass Valley again has to have some current employees a bit concerned.

That’s because Thorsteinson is succeeding Alain Andreoli, who (it was hastily announced) has stepped down and will leave the business at the end of this month. After a two-year stint, following the purchase of Grass Valley by Francisco Partners, Andreoli leaves behind an independent company that is looking to a new generation of live production equipment facilitated by software-centric architectures, in order to reduce manufacturing costs and increase profit margins. Andreoli also focused his efforts on streamlining Grass Valley’s global operations.

Golob also thanked Andreoli for his “contributions in helping to re-establish Grass Valley as an independent company.”