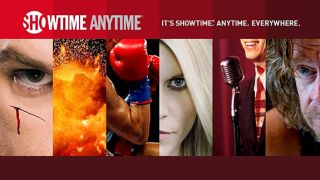 I know that HBO Go gets a lot of press, but there is another app yapping on its heels, and it once again gotten recently updated: Showtime Anywhere. If you love Showtime, and we know you do, this solution can give you your Dexter and Homeland fix anytime. But there is a small catch.

Showtime has been working hard updating its app and each week it adds more content, for a wide variety of movies and series that definitely gives HBO Go a run for its money. Many of Showtime’s original series are here including Dexter, Homeland, Shameless, Weeds, The Borgias, House of Lies, The Big C, Nurse Jackie, Californication, Episodes and many more. The app, available for iPhone/iPad as well as for Android, allows views to queue up their favorite shows into a list for easy retrieval as well as embedding social media buttons for Facebook and Twitter so you can follow your favorite shows. The programming lists have descriptions and photography and the app creates an easy-to-use interface to finding your favorite shows. The cool part is you can begin watching on one device and then continue where you left off on another device. Also available is the Showtime Anytime website, again similar to HBO Go, where you can easily stream the movies and series content.

So far the only drawback to Showtime Anytime is providers. Although HBO Go has worked hard to reel in TV providers (it seems like forever before they locked in Time Warner) Showtime Anytime on the other hand only offers a small handful of providers, and if you are not on their systems, such as AT&T U-verse and Verizon FiOS, well you are out of luck. It’s too bad, as Showtime's original programming is getting better and more diverse, so it would make sense to have the app available with as many TV providers as possible. If you’d like to take Showtime Anytime for a spin, and you are a current subscriber, it’s a free download from iTunes or Google play.