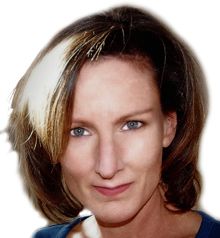 I’m trying to buy a new TV, and it just so happens that everyone now carries TVs. I wouldn’t be surprised to see TVs as a bonus buy in Safeway, like knock-off china. Instead of a gravy boat, you get the Silver Sensor combination RF antenna-garden hoe.

I went to Costco to look at TVs. Costco may not be the best example of TV retail ubiquity because Costco sells motorcycle trailers alongside frozen shrimp, Drambuie and licorice ropes. But stuff is cheap at Costco. For a grand, you can get the type of TV that draws in the guys at your cocktail parties like moths to a flame.

This wouldn’t be a problem if not for 3-D TV. Now that one-third or one-sixth or one U.S. household has an HD set, ordinary HD will no longer do. I must have technology no one else has, despite the research that says this characteristic is exclusive to 12-year-old males. That’s a rant for another time.

I want 3-D TV, even though my viewing habits consist primarily of local news, “NCIS” and “House.” None are in 3-D. That’s not the point. The point is the ongoing reinvention of one’s geekhood.

The problem with buying a 3-D TV set now is the same with any emerging technology. It will be A) pricey and B) not as good as the next generation. It’s also hard to get the straight skinny on 3-D TV. At the NAB Show, I saw 3-D TV on an ordinary Samsung LCD, which of course, it was not. It had to have a 120 Hz refresh rate to work with the Buddy Holly shutter glasses. Determining the refresh rate of a TV set at Costco involves top roping.

Then there’s the IR emitter necessary to make the glasses work, not to mention various emerging 3-D formats—Sensio, DDD and TDVision. You choose one, it dies and voila! A very expensive planter, which would go well with my vacuum-tube organ, Iomega Zip drive, dial-up modems, VoIP adapters, signal routers, and the 600 miles of cabling for which I have zero use.