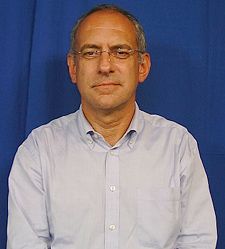 Q. Evaluate 3D one year after it was perhaps over-hyped by various industry types at IBC 2010—what is the reality settling down into?
It’s a reality for live sports and a toe-in-the-water approach for mainstream broadcasters who experiment with the technology. In cinemas the initial novelty appeal, boosted by super blockbuster movies, has waned. It is still early days and time will tell if 3D will become part of the norm. Even then it has to be used properly and not strain our eyes and brain.

Q. What broad technology trends do you think will be front-and-centre at IBC?
The industry is now well down the file-based path and this will continue to move forward at IBC. Its extension into clouds will be a big feature at the show and as the file-based success continues there will be new tools to improve and broaden its workflow and to redefine business models.

Workflow used to centre on VTRs that provided a video storage system where the footage was easily identified, viewed, edited, transported and archived... somewhat like film. Already the handling of large quantities of data is clogging some local networks and keeping everything on-line becomes costly. So a return to a high-density low-cost removable file-based medium would be a step forward. That’s probably tape from the computer industry.

Q. What’s new that you will show at IBC and that broadcasters should look for there?
FOR-A will be showing budgetary answers to broadcast requirements. The VFC-7000 is a compact all-in-one, high-speed, variable frame-rate camera system offering 24-700fps speeds and is easy to use. It includes a high-sensitivity CMOS sensor, shutter speeds to 1/200,000s and up to 29.4 sec recording at 700fps.

HVS-350HS is a low-cost versatile 1.5 M/E mixer with capabilities that offer wide scope for on-air presentation while greatly reducing the need for external interface and monitoring equipment. The rack frame is compact at just 3U.

The new LTR-120HS data video recorder uses the high-quality AVC-Intra/DVCPRO codec and MXF wrapper/ un-wrapper recording MXF files that can be used by a variety of NLE systems to LTO-5 tape. The LTR-100HS MPEG-2/ LTO-5 tape recorder is also on show. LTO-5 uses the LTFS filing system for open access and the cartridges provide an economic compact store for approximately 50 hours of programming at 50 Mbps.

Q. How is your new product offering different from what’s available on the market?
HVS-350HS compact vision mixer has up to 10 DVE channels, a flexible choice of input formats, integration with FOR-A Virtual Studio systems, and is easy to learn and use.

VFC-7000 High Speed Camera is compact, economical and makes it is easy to integrate additional slo-motion camera positions into a live event.

Q. Where are you based, and how many employees do you have? Anything else we should know about your company?
FOR-A is strongly represented around the world. Within Europe there are offices in London and Italy—with about 20 people in all. The major part of the company is in Japan, with offices also in Korea and the United States.