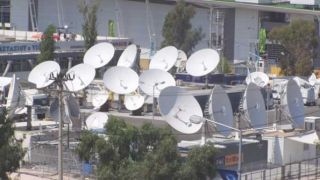 The World Teleport Association (WTA) has released a new report that details problems reported by its members in gaining timely access to occasional-use (OU) satellite capacity. OU capacity is regualry sought by news organizations to cover remote breaking stories and by sports networks for live sporitng events. As more and more events have begun to be covered live, the availabilty of satelilite time has been reduced significantly.

Based on survey responses from teleport operators and discussions with satellite operators, the report — titled “Delays in Occasional-Use Satellite Access” — found there are increasing delays in completing access procedures, which are putting at risk the operators ability to meet the needs of their customers.

WTA’s goal was to find out how frequent and serious the issue is for teleport operators in providing occasional use services and what the root causes of the delays might be. The problems, the WTA said, started to arise near the end of 2011.

While 70 percent of respondents experienced delays, the delays were infrequent, the report said. For more than 50 percent of the sample, unexpected delays occur four or fewer times per year. Thirty-nine percent called it a serious problem, but 61 percent considered it only somewhat serious or not a problem at all.

The two biggest causes of delays occur as a result of such standard procedures as setting cross-pol isolation or testing signal power, the report said. They include interference on the transponder caused by a third party and an attempt by the end-user to use capacity that had been scheduled — typically for full-time use — by a third party.

“There are clearly issues, and for a minority of teleport operators they are serious,” said Robert Bell, executive director of the WTA. “But respondents believe that only a relatively small percentage of such issues relate directly to the performance of satellite operator staff or systems.”

The study suggests improvements between teleport operators and satellite operators could come from better expectation setting for occasional use end-users; examining procedures for providing access to capacity leased through third parties; and the continued addressing of satellite interference issues.

"Delays in Occasional-Use Satellite Access" is available free to WTA members from the World Teleport Association website. Non-members can buy a copy of the report from the site.