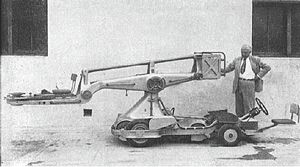 The article, “LEDs and the ‘Color Rendering Issue’” (July 26, 2012), mentioned the Academy of Motion Picture Arts and Sciences and its current Solid-State Lighting Project.

Perhaps in the optimistic hope that there may be other useful solid-state light sources in the future, the phrase “which includes LED emitters” is tagged onto the Academy’s description of its field of inquiry.

To my knowledge, LEDs represent the only solid-state lighting technology at this time. At any rate, the current published results of the Academy are worth further examination, particularly as they apply to broadcast production.

Since the 1920s, various motion picture industry-supported research groups have been organized to address specific technical issues in the industry. The sponsorship of these efforts shifted back and forth between organizations that not only included the Academy, but the Association of Motion Picture Producers, The Society of Motion Picture and Television Engineers and the American Society of Cinematographers.

The current organization, The Science and Technology Council, revives this tradition and is under the auspices of the Academy. In the Council’s words: “The primary purpose of this investigation is to provide the industry with data needed to properly evaluate the impact of using solid-state lighting, as well as to provide a framework for the evaluation of future light-emitting technologies as they are developed.” This is a very ambitious project.

The work of the Council is quite unique. To access a portion of this very comprehensive review of color reproduction, visit the Academy’s website: www.oscars.org/ science-technology/council/projects/ssl/.

Notice on this page the links to Symposium Videos. This group of seven short talks is narrated by Jon Erland, a renowned Motion Picture visual-effects technologist. Starting with the “Science of Color,” Erland, in a wonderfully entertaining manner and with formidable authority, covers the entire scientific field of color and illumination and how it applies to camera reproduction.

I suggest that the reader watch all the talks as they illustrate the very thorough manner in which the Council approached this subject. There is a great deal of information about the complexities of dealing with light sources whose color spectrum is discontinuous.

To illustrate the color differences between light sources, the Council’s report makes use of the Macbeth Color Chart to evaluate the color rendition of the various sources. The commercial lighting industry is fixated on the Color Rendering Index. However, as I have previously mentioned, a better scale, the Color Quality Scale, has been proposed by the National Institute of Standards and Technology (formerly the Bureau of Standards).

Fig. 2: Three Color Scales I have reproduced the three color charts for you (see Fig. 2) to make a subjective comparison, bearing in mind that the reliability of printing this reproduction is probably uncertain.

We can still make the judgment that there is a great similarity between the Macbeth and CQS colors as well as a great disparity between both of these and the eight desaturated colors commonly applied to formulate the CRI of a source. To a scientist, the CRI represents a very forgiving and inaccurate standard and the reliability of its value should be carefully considered. The Council’s study is in agreement with this statement.

DISCONTINUOUS LIGHT SOURCES
As you look at the Council’s videos and the graphs illustrating the spectrum of the LED sources and fluorescents tested, they dramatically show the peaks and valleys of colors in the case of the LED and the rather narrow spikes of high energy of a fluorescent lamp. The study is very adverse to the use of fluorescent sources, saying they would be impossible to correct. In fact, you might come to the surprising conclusion that the LED source is a more adaptable discontinuous source.

This conclusion is rather alarming at this point in time due to the very extensive use of fluorescent sources in motion picture production (and television) for quite a number of years.

The Council study does not offer any practical solution to solving the use of any discontinuous source other than redesign. It does offer the conclusion that no practical gels or filters exist with an inverse discontinuous spectrum that could be applied.

Also, even if they existed, the loss of light would reduce the efficiency of the source to the point that any advantage that might have existed is lost.

The report does anticipate that the spectrum of LED sources for motion picture (and television) lighting will improve in time, which, in the case of LEDs, has proven to be true. Prepare for some disappointment as the study does not specifically identify the actual three LED fixtures tested, so you will not be able to contact your favorite supplier with a manufacturer’s model number.

ULTRAVIOLET
In the Council’s very thorough treatise, one important fact was omitted. Of all the sources with discontinuous spectrum, the LED does not generate energy in the invisible ultraviolet part of the spectrum. Light sources such as metal halide, HMI, Xenon and fluorescent light produce significant amounts of UV energy, which can do great damage in a short period of time to plastic gels, artworks, transparencies, etc. This is a very advantageous characteristic of LED sources.

There is a group of camera test videos listed on the website that can be loaded and viewed; these videos bring a sense of reality to the Academy’s study. Experts in the areas of makeup, costumes and props comment on the results of using the different illuminants. There are side-by-side comparisons of each of the three LED sources against the identical scene as rendered and balanced for tungsten light. The tungsten light is assumed to be the ideal.

This is where the plot thickens. Although the differences between the rendering of the subjects under the discontinuous spectrum of the LED sources and the standard are noticeable, even the experts seem to have difficulty in describing the degree of disparity.

It is my opinion that under the broadcast environment—with all of its departures from the ideal inherent in the system from acquisition, transmission and, finally, display—these slight differences in color reproduction are insignificant issues. As I have stated in the past, the more significant issues relative to the use of an LED source are instrument performance and initial investment.

Bill Klages would like to extend an invitation to all the lighting people out there to give him your thoughts atbillklages@ roadrunner.com.