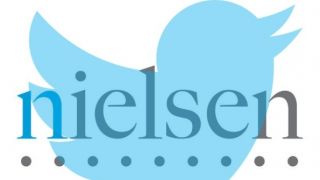 Nielsen and Twitter have announced an exclusive multi-year agreement to create the “Nielsen Twitter TV Rating” for the U.S. market. Under the agreement, Nielsen and Twitter will deliver a syndicated-standard metric that looks at conversation on Twitter relating to specific TV shows, which will be available for the start of the fall 2013 TV season.

TV viewers discuss TV on Twitter, creating a dynamic between audiences and programming. The service’s more than 140 million active users send 1 billion Tweets every two and a half days, the vast majority of which is public and conversational, making Twitter data a necessity in producing standardized metrics representing online and mobile conversations about television.

“Twitter has become the world’s digital water cooler, where conversations about TV happen in real time. Nielsen is who the networks rely on to give better content to viewers and clearer results to marketers,” said Chloe Sladden, Twitter’s vice president of media.

The Nielsen Twitter TV Rating will enhance the social TV analytics and metrics available today from SocialGuide by adding the first-ever measurement of the total audience for social TV activity — both those participating in the conversation and those who were exposed to the activity — providing the precise size of the audience and effect of social TV to TV programming.

SocialGuide, recently acquired by Nielsen and NM Incite, currently captures Twitter TV activity for all U.S. programming across 234 TV channels in English and Spanish, and more than 36,000 programs. Through a sophisticated classification process, SocialGuide matches Tweets to TV programs to offer key social TV metrics including the number of unique Tweets associated with a given program and rankings for the most social TV programs.

“The proliferation of smartphones and tablets has generated a substantial ‘connected’ TV audience that is simultaneously watching television and accessing the Internet through these devices. This, in turn, will continue to create the opportunity for content providers like CBS to offer engaging interactive features for our viewers,” said David F. Poltrack, chief research officer at CBS.