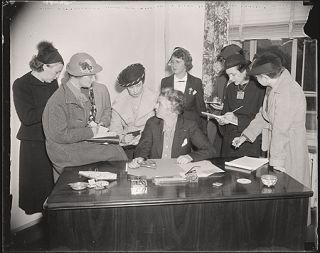 RAMBLIN’: This will conclude with email hacking by media operatives, but it will start with me transferring to the journalism college because the entomology and hydrology guys have had just about enough of me.

There are only so many undergrad courses and I have no business doing grad-level work other than I like it and it’s a lot of fun. It’s been 10 years since I was in high school, where I majored in evasion of law enforcement. The bio and geo professors keep passing me because I get the conceptual stuff and they find my papers entertaining. But all good things must come to an end. I either have to go back and pick up quantum mechanical doodling or do what any self-respecting mathphobe does.

I enroll in J-school.

J-school is a place for people with sharp, acerbic wit who do not yet know they want to work night and day and weekends and holidays for less than what they could make driving long-haul truckloads of Styrofoam pool noodles. Only later will they discover the joy of making ketchup soup because journalistic ethics forbid them from accepting so much as a sandwich. This is why savvy flacks lay out spreads at press conferences. It’s like journalist bait. You draw them in and wait until their mouths are stuffed with food, then pounce with your marketing spiel when they can’t hollaback. It’s totally epic. Whatever that means.

So bearing none of this in mind because I don’t yet know it, I saunter into the J-school in my steel-toed work boots with a pruning knife hanging from my tool belt and tell my new advisor I want to be a Pulitzer Prizing-winning columnist. He’s an old-school retired Miami Herald reporter who looks at me just long enough to groan as if I’ve said, “hello, this is your polyp speaking. How might I annoy you, today?” I take his response to be an affirmation, because growing up in the middle of 50,000 square miles of corn endows one with very special if not useful insight.

So this education is many years in the making. The lumberjack thing has to come first because living in an appliance box is not conducive to good study habits, according to several box dwellers who spoke on background. You get flunked in J-school for citing background sources for a couple of reasons. One is that it’s the first step on the slippery slope to jail for refusing to rat someone out; (major street cred, but lousy pay). The second reason is that J-school professors require amusement. They know that getting someone to talk candidly on the record is as likely as resurrecting the woolly mammoth with Hydroxycut.

I take all this in on my journey to that coveted diploma. Then one day in the mid-1990s, I become the first woman in my family with a college degree and I feel pretty good about that because A) I can get a decent job and have some free time now, and B) I can leave Nebraska.

The only problem is, no one outside of Nebraska knows me from sasquatch, except maybe for the accent. And I am painfully shy. A most propitious combination of qualities. Fortunately, I am a skinny Midwesterner driving a truck cross-country, making me enough of an anomaly that the editor of a small newspaper finally takes pity and gives me a job. For $12 an hour.

For $12 an hour, I must master municipal bond law, routing switchers, the gold market, digital television, local and statewide politics, and the termite business. Free time consists of driving between work and home, a three-room apartment where I sleep on the floor. I receive regular offers of the latest personal electronics, trips, tips, meals and wheels—all of which I must refuse in the name of journalistic integrity.

And so I do, because that’s what I learned from the education I obtained through the sweat of my brow and the strain of my back. And probably because of that pesky Midwestern work ethic thing that no quantity of vintage, voltage nor, apparently, corporeal duration, can overcome.

But I’m good with it. I was never big on food, and I feel kind of cool sleeping on the floor, gathering no moss. I am not a spotless beacon of ethical behavior, but I work at not crossing the line. I think everyone wants to feel as if they’re upholding some sort of standard—even thieves. I picked journalism, or my insect and water pals picked it for me. Whatever the case may be, I roll with it. The code means something. Still does, even in the age of media anarchy.

So I wax a little sad when I read headlines like this one: “Sky News Admits Hacking Emails of ‘Canoe Man.’” Another News Corp. hacking scandal. Fantastic. This one involves a couple who reportedly collected insurance after the husband faked his death. Not exactly sympathetic figures per se, except they now join the rolls of celebrities and citizens—including a deceased child—whose personal communications were breached by a News Corp. media organization.

Public perception of journalistic integrity is about as low as it can go without another Spanish-American War. The last thing we yeomen scribes need is for the biggest news organization in the world to trash journalistic ethics, then cast aspersions on those who call it out. Try this instead: Suck it up and stand for something. Ketchup’s not all bad.