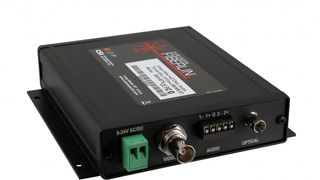 Communications Specialties, Inc. (CSI), recently announced that Hofstra University will once again rely on the company’s Fiberlink 3620 Series to broadcast the 2012 Presidential Debate to a variety of participating TV networks, as well as to more than 2000 journalists who are expected to gather at the university for the event.

The debate, which is the second in a series of three and is scheduled for Oct. 16, 2012, will be conducted in a Town Hall format. This marks the second consecutive time Hofstra has hosted a presidential debate, and the first with an incumbent President in the White House. In 2008, the school was chosen by the Commission on Presidential Debates to host the final debate between then-Senator Barack Obama and Senator John McCain.

In the past famous figures such as President Clinton, members of Congress, as well as business experts, religious leaders and professional athletes have used the university's state-of-the art television studio to broadcast interviews nationally, and sometimes worldwide.

This year's presidential debate will be held in the university’s David S. Mack Sports and Exhibition Complex. The adjoining Mack Physical Education Building will serve as the media center where approximately 2000 journalists from networks, newspapers and other media outlets from around the world will gather, as well as provide a number of support services for the Commission on Presidential Debates.

The media center will house more than 300 TVs for the journalists to watch the debate. The school’s control center will feed the debate hall via in-house cable TV, for which Fiberlink will directly serve or be used as a backup.