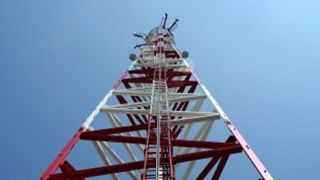 The Federal Communications Commission voted unanimously Sept. 28 in favor of a Notice of Proposed Rulemaking that launches the incentive auction process to clear a portion of the television band that will make way for mobile broadband use.

The auction of TV spectrum will be done in three parts: a reverse auction in which television broadcast licensees submit bids to voluntarily give up spectrum usage rights in exchange for payments; a repacking to the TV band to free up a portion of UHF spectrum for other uses; and a forward auction of licenses for flexible use of the cleared spectrum.

The plan also envisions a 6MHz guard band, which would be available to unlicensed use, between mobile and broadcast use. The agency is undecided whether to relocate Radio Astronomy Service and wireless medical telemetry systems from channel 37, as well as on the availability of UHF band spectrum for fixed broadcast auxiliary stations, low-power auxiliary stations and unlicensed wireless mics following the auction.

The NPRM raises several critical issues for broadcasters, including:

FCC chairman Julius Genachowski said in a statement released following the vote that the agency will be guided by “a set of core goals and principles” as it works on the incentive auction proceeding, including maximizing the amount of spectrum that is freed up, maximizing the participation of broadcaster in the auction by making the process “transparent and easy-to-understand” and keeping “a firm focus on engineering and economics.”

“This will be a fact-based, data-driven proceeding, drawing on the expertise of the world’s leading economists, auction design experts, and engineers, both inside and outside the agency,” he said in the statement.

Commissioner Ajit Pai, who voted to approve in part and concur in part on the NPRM, raised several issues in a written statement, including an auction structure that leaves no proceeds to fund the First Responder Network Authority to build out an interoperable communications network for emergency first responders; should the $1.75 billion Broadcaster Relocation Fund should be considered as a closing condition of the auction; whether guard bands smaller than 6MHz may be sufficient and whether the commission is authorized to open up the guard bands to unlicensed users.

Pai also expressed disappointment the the NPRM did not seek input on a realistic schedule for completing the incentive auction proceeeding, which he said was important for the commission if it wishes to begin the auctions by June 2013, which he envisions as appropriate.