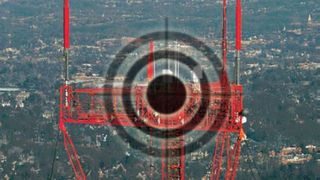 You might think it’s a bit harsh to round off reasons to be nervous to the nearest 2013, but in certain situations, rounding down to 2013 might be a favor. The New Year promises to be filled with innumerable challenges and changes. As the clichéd curse goes, “May you live in interesting times.” I think it’s safe to say we’re doing that, and then some.

Broadcast television was once either live or film, and it has been swept up in transition since singer Bing Crosby’s company began experimenting with recording video on magnetic tape in 1951. Five years later, Ampex perfected Cosby’s concept and began selling 2in quad machines. Color quad machines followed two years after that. It was the beginning of a huge transition to “the magic of videotape.” Videotape has since become a stepping stone, and its magic pales in comparison to the rapid and radical transitions that digital everything continues bringing to consumers and broadcasters.

The demand for digital television technology advancements and enhancements continues to hasten, and innovation and the resulting transition accelerates with time. What doesn't seem to be accelerating quite so fast is the number of people that can figure out how to make money with it. Early quad machines cost as much as 20 new Corvettes. Today's full HD production apps cost about the same as a new Corvette radio option upgrade. The New Year brings many opportunities, some good and others sometimes the best of all not-so-desirable choices. In the year’s first "Transition to Digital" newsletter, let’s review some of the more significant transition issues on the foreseeable 2013 horizon.

The No. 1 looming issue is TV spectrum repacking. It is also the most difficult to predict the outcome because the FCC’s Notice of Proposed Rulemaking contains far more questions than answers. The FCC’s NPRM press release helps point out some highlights. Actual FCC documents are available here.

Broadcast Engineering also recently published an article on TV spectrum repacking in its December 2012 print issue titled "Television Spectrum Repacking," which was part of its in-depth focus on transmission systems. Congress has determined the repack process should take three years, meaning physical repacking could begin by late 2016. In the meantime, myriad variables demand resolution that will determine the course and future of TV spectrum repacking. Its most obvious promise is to be messy.

Another item high on the list is High Efficiency Video Encoding (HEVC). HEVC is said to be the successor to MPEG-4/AVC or H.264. HEVC is a brand new framework using coding units (CUs), prediction units (PUs) and transform units (TUs). The CU replaces the familiar macroblock structure. Then there’s Palo Alto-based EyeIO, which recently announced a next generation of H.264 that encodes 45-percent faster and reduces bit rates by an additional 26 percent, and integrates studio-level profiles that improve some aspects of video data by more than 50 percent. Called HDRes, it is built to 4K requirements. Both new encoding schemes are certain to be the topics of upcoming "Transition to Digital" newsletters, and are beyond the scope of this particular tutorial. ATSC 2.0 is also on our tutorial radar.

The Broadcast Auxiliary Service (BAS) continues under attack from industries competing for what was once our turf, and it’s sure to play out further this year. Fortunately for broadcasters, there are some viable alternatives to traditional ENG microwave backhaul, such as Wi-Fi and Cellular ENG.

Other than atypical cell congestion problems at a couple of major national media news frenzies, Cellular ENG seems to be as reliable as line-of-sight RF, except you don’t need line-of-sight to a station's microwave receive antenna. Cellular ENG is as reliable and simple as a smart phone. Will Cellular ENG backhaul replace ENG vans and SNG trucks? Will i-Phone size cameras replace over the shoulder ENG cameras? Only the market can answer those questions, but there is no doubt Cellular ENG will continue to penetrate the market as its advantages are discovered and enjoyed by users and viewers.

The CALM Act kicked in last month, and on the surface it seems simple. Keep the station’s audio at a constant level. The FCC won’t be inspecting or testing for compliance unless it gets complaints. The cautionary word has spread through the industry, and most national TV spot and program producers are minding their audio levels. Locally, promotion departments may not be as sensitive as they should be. It only takes a few viewer complaint letters to get the FCC’s attention, and you know there are always a couple of local curmudgeons who will complain about anything. These are the same people who demanded a law against loud commercials and got one. Avoid problems by simply listening to your station and being locally proactive. There are many precision and repeatable ways to digitally measure loudness, but In this case, your ear is better because it's always with you and is the same standard used by viewers.

OTT is another item on the 2013 radar. One recent poll estimates that approximately half of U.S. adults have watched streaming video on an OTT device other than a traditional TV/cable/sat receiver. Respondents to the same poll also reported watching TV programming on a TV receiver nearly 90 percent of the time. The second screen was a big part on last year’s NAB. Will the second screen be this year’s hit with consumers? Clearly, Apple, Microsoft and others have products aimed directly at the handheld market.

Speaking of computers and computer-based companies getting into television, we’re keeping a close eye on Intel’s proposed new IPTV service. Intel has approached Hollywood with determination and cash unrivaled by Microsoft, Google or Apple. Intel’s plan is to unbundle channels, which some say will kill the cable and DTH satellite industries. Intel is a virtually unstoppable force challenging the so far immovable object of tiered program packages by allowing customers to subscribe by the channel or perhaps by show, all via the Internet. Of course, how the grand plan plays out remains to be seen, but if anyone has the money and motivation to make it so, it would be Intel.

As a 250-channel satellite subscriber who watches about 10 satellite channels plus my local stations, I don’t think it’s such a bad idea. If my income relied on some parts of the cable network industry, I might think a little differently. Intel was hoping to make big money manufacturing chips for the aforementioned players and apparently has given up waiting. The outcome of the Intel initiative could have major implications, good and bad, for cable networks. It could also be a game changer that ultimately favors local broadcasters.

Is it worth mentioning that the over-hyped end of the world on 12/20/2012 was a bigger letdown than Y2K? At least this time we didn’t throw large sums of money and resources at a non-event and ruin a perfectly good New Year’s Eve.