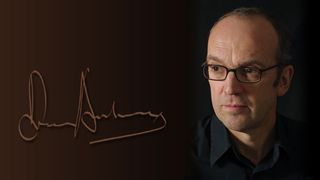 Just back from Amsterdam, and another show is over. For now, there is a pause until next April’s NAB. One question I always get asked at shows like IBC and NAB is what new products had impressed me. Well, that’s a difficult question for me to answer. I saw lenses and microphones through to transmitters and OTT platforms, as well as all the systems in between. One problem with the broadcast industry is the sheer reach of technology. OK, it is mostly based on electronics, but there is also mechanical engineering, some optics and an element of acoustics. Light and sound goes in one end and comes out at the other!

I always find that the big announcements — the big surprises — come at NAB. Launches at IBC can be either because the product wasn’t ready last April, or to be cynical, now it works and is finally shipping.

IBC was larger this year with an extra hall. Much like NAB, it is difficult to see anywhere near what I would like to see. I can understand why larger broadcasters used to send teams of engineers, apportioning the halls between them.

To get back to electronics, although much of what we see today is digital or software, I was reminded what a place analog design plays in the development of digital television products. Analog circuits can be found in imaging devices, audio equipment, digital line receivers and all manner of RF equipment. Without the skills of the analog engineer, digital systems could not reach the low noise floors seen today, or be free of jitter and interference.

What triggered these thoughts was the reuse of a concept from the 1930s. Back then, some radio broadcasters in the U.S. were in a battle with the FCC over the power they could use. The usual maximum radio transmitter output power was 50kW, but some “super stations” wanted to use 500kW. A Bell engineer (aren’t they always), William Doherty, had invented an efficient circuit design for transmitter power amplifiers, and it was used by Western Electric to build a 500kW transmitter for a station in Kentucky. The benefits of the Doherty design are of greater benefit for modulation with high peak-to-average ratio, not the case with AM and FM, so the technology was not that successful. Eight decades later, modulation has changed. Schemes like OFDM do exhibit high peak-to-average, so they stand to benefit more. The design has been revisited for television as well as wireless data systems. At IBC, I chanced upon this revitalized technology on the Rohde & Schwarz stand.

In a digital age, we should not forget that many of the circuit configurations from 80 years ago are just as relevant today. After all, the building blocks — inductors, capacitors and resistors — are still at the core of today’s designs. As we move to 4K, and interconnects increase in speed towards 10Gb/s, the theories behind waveguides and transmission lines are also equally valid.
With all this talk of a digital revolution, we should not forget that underpinning digital platforms is some clever analog design. As we head to higher data rates, analog will remain just a relevant, even if it is just to design a ground plain.

Wherever there is wireless, or digital interconnections, there will be some analog technology in there somewhere, even if it is buried in a chip.