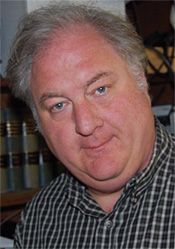 As the AES42 standard for digital interface for microphones was recently upgraded, let's take an inside look.

First published in 2001, after about four years of development work, the standard was revised with refinements and new features in 2006 and again in 2010. The AES task group SC-04-04-D, chaired by Christian Langen of Schoeps Microphones, was responsible for the recent work on AES42.

At its core, the standard defines digital phantom power (DPP) for a microphone with built-in digital circuitry. DPP is designed to be carried over the same shielded two-wire (usually twisted-pair) cable along with a standard AES3 digital audio signal.

Similar to the scheme used for "analog" phantom power, the digital audio signal is differentially applied across the pair of wires, while the DPP voltage is applied to both of the signal wires, with the shield as the return path. If the AES3 circuit uses a transformer either in the mic or the device the mic is plugged into, then that transformer must have a center tap to allow DPP to be applied.

However, the actual power provided by DPP needs to be different from analog phantom power to meet the greater power demands of digital circuitry.

David Josephson, CEO of Josephson Engineering and chair of the AES Standards Committee working group SC-04-04 on microphones, said that this voltage was chosen to provide at least 5 V to the digital circuitry after taking into account cable voltage drops with the maximum current draw.

Josephson said that DPP wouldn't harm non-digital dynamic or condenser mics if they were inadvertently plugged into an AES42 source. This is because dynamic mics don't allow current to flow to the ground, and condensers are inherently built for similar or much higher voltages.

It's important to note that, while an AES3 signal can be carried on coax (formerly known as AES-3id), DPP will only work with a shielded cable with a pair of signal wires and the shield connected at both ends.

David Josephson (By the way, AES-3id hasn't gone away. It just became part of and superseded by another AES document, AES3-4-2009, Annex D (Normative) "Coaxial transmission.")

But back to AES42. Herein lies its real power. In addition to defining DPP, AES42 also defines a means to modulate DPP to provide remote control for the digital circuitry inside the microphone, should one wish to do so. (It's not mandatory.)

According to AES42, "The remote control data are represented in the form of positive pulses added to the DPP voltage… The level of these pulses shall be +2 V +/– 0.2 V."

Modulating a signal on the common mode voltage does unbalance it a bit, but Josephson said that since signal levels are high and impedance is so low, you can get away with it.

Appendix A (normative) of AES42 describes the data format for all three categories, and the control codes for the simple and extended. As might be expected, manufacturer-specific instructions are left up to the manufacturers.

According to AES42, if a mic supports the extended instruction set, it also must support the simple. Also, "every microphone that supports at least simple instructions shall have a default state that it enters on power up when no instructions have been received. The physical switches located on the microphone shall take precedence over incoming commands."

The lights referred to are those that could be incorporated into a microphone body and integrated with an on-air/recording control system, for example.

Neumann KMS 104 D digital microphone Not every digital mic will have all of these capabilities and functions will be left up to the manufacturer. So it would be helpful if the mic could communicate with the receiving device, which may or may not be from the same manufacturer, just what it was capable of doing.

Annex D (normative) of AES42 provides for just such a scenario. This section provides a list of codes that could be inserted into the user bits of the AES3 stream from the microphone to indicate its DSP capabilities, status of certain functions, including those useful to wireless systems, like low battery, link loss, squelch and error handling. In addition, there are codes for the microphone manufacturer, model and serial numbers, hardware and software versions and delay.

AES42 provides for two modes of operation as far as synchronization is concerned, named appropriately enough, Mode 1 and Mode 2.

In Mode 1, the microphone operates on its own sample clock. If it must be synchronized with other digital sources or digital microphones, then somewhere along the signal chain, it will need to be sent through a sample rate converter locked to house sync or word clock.

Standards development is an evolving process. New for 2010 was the addition to the command set to "enable storage and recall of user settings in the microphone itself."

The capabilities of AES42 are just being fully realized. There are already some systems with external remote control via software on a computer. But when you start seeing AES42 features integrated into digital audio mixing systems, that's where the real power potentially lies. Stay tuned.