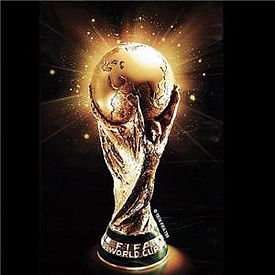 It's the eve of the 2010 World Cup — the biggest global television event of any kind and held every four years — and while most viewers around the world will not yet be seeing the 64 "football" matches in either HD and/or 3D, it will be offered in HD (and to a far lesser extent, 3D) throughout North America, Europe, Asia, Australia, and parts of Central and South America.

Comcast, America's biggest TV service provider, said it plans to deliver a "multi-platform experience" of the tourney from an array of cablers and broadcasters that will include every World Cup match offered live — plus live games in 3D (ESPN 3D), next-day Comcast VOD, and online in English and Spanish. Time Warner Cable and Cox Communications plan similar World Cup coverage. AT&T announced this week that it has added the ESPN 3D channel to its U-verse IPTV service in time for the first match on Friday. U-verse subscribers will have to pay an extra $10 per month to access the 3D channel.

Philadelphia-based Comcast, which says it was the first media group to cut a deal with ESPN's first fulltime 3D channel, will offer its subs a first look at 3D coverage with the opening match this Friday (June 11) via ESPN 3D (South Africa vs. Mexico). In all, said ESPN 3D will provide 25 matches in live 3D.

Other Comcast World Cup venues will include: HD/HD from ESPN, ESPN HD and ABC; HD/SD matches in Spanish via Univision; and 50 live matches in Portuguese via ESPN Deportes.

Viewing matches in 3D via Comcast and other cablers will require specially enabled 3D HD sets and stereoscopic shutter glasses.