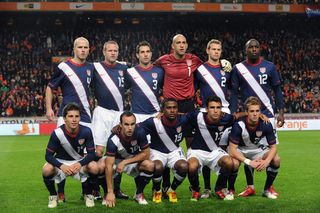 NEW YORK: Soccer and basketball are fueling TV ratings this month. Last Friday’s World Cup tie between the United States and Slovenia drew the most households viewing a soccer game in ESPN’s history. The 10 a.m. ET game was watched by 5.2 million people in more than 3.9 million U.S. homes, the network said. In terms of viewers, the game was the third-most watched behind the 2006 semifinal between Germany and Italy, and Germany’s defeat of the United States in the 2002 quarterfinals.

The June 12 draw between the United States and England pulled in 14.5 million viewers on ABC and on Univision, making it the most-watched World Cup telecast in the U.S., according to Nielsen. The series has averaged nearly 3 million viewers on ESPN and ABC through last Friday, a 70 percent increase over the 2006 coverage.

The next game for the United States is scheduled for Wednesday at 10 a.m. Eastern Time against Algeria. It will be carried on ESPN, ESPN HD, ESPN3.com and ESPN Radio. ABC and ESPN 3D are carrying today’s match between Brazil and the Ivory Coast at 2:30 p.m. Eastern.
-- Deborah D. McAdams

(Image of the U.S. soccer team from ESPN)