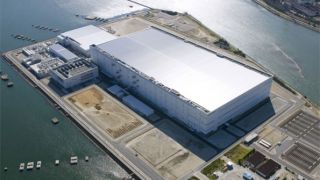 With plasma sales continuing to fall fast and large LCD sets also on the wane, Panasonic, a major supplier of both TV technologies for consumers since digital TVs first hit the market in the mid 1990s, has announced its intention to retool its consumer TV manufacturing and shift its focus to making smaller LCD screens for handheld consumer products (electronic tablets and other portable media players) from Apple and others.

No exact details were available on how much the company has lost in sales in the past year, buy it appears a significant enough number to prompt the new move. The company’s intentions were first reported in the Japanese business newspaper Diamond Online.

The new plan does not mean the company will exit the consumer TV market completely, but instead could convert its manufacturing pipeline to produce the sharper OLED TVs. It might also choose to outsource LCD technology from others for larger sized screens sold across its Viera line.

Earlier this year, with the launch of the new iPad with Retina display, Apple experienced production issues, according to the AppleInsider website. It said only Samsung was able to provide display panels for Apple. Other suppliers reportedly struggled to build enough quantity of the high-resolution screens Apple needed for its third-generation iPad. Both Sharp and LG joined in later after resolving apparent yield issues with the new display.