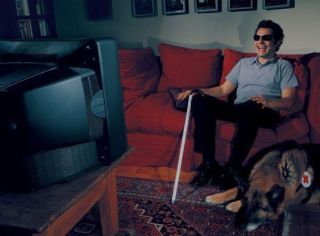 RANCHO MIRAGE, CALIF.: Regulations requiring broadcasters to provide verbal descriptions of program images will be reinstated in October. Best get in front of it, said Art Allison of the National Association of Broadcasters at the HPA Technology Retreat this week in the California desert. Video description rules call for the “insertion of audio-narrated description of a TV program’s key visual elements into natural pauses between the program’s dialog.” The service is intended to make programming more assessable to the blind.

Video description rules were approved by the FCC in 2000 and struck down in court two years later. They were reinstated last year in the “Twenty-First Century Communications and Video Accessibility Act of 2010,” though limited to the big four network affiliates in the top 25 markets plus the top five national cable networks. The networks will have to provide 50 hours per quarter of programming with video description service, excepting live and near-live programming. The rules are to be implemented over a phase-in period and extensions will be considered for stations and providers lacking the requisite technical capability. Consequently the ultimate deadline could be out a ways.

“It’s not tomorrow, but it is coming,” Allison said, describing the configuration for provision of VI (for “visually impaired”) with 5.1 surround sound. E.g., a single stereo VI can ride the 5.1 signal in two of the eight channels comprising a Dolby E stream. Two Dolby E streams with 16 channels can carry two 5.1 signals, each with an associated stereo audio VI mix, or a single 5.1 service and five stereo audio streams.

The FCC regulation doesn’t state what language the video description needs to be in, so technically, it could be Spanish. With regard to transmission, several audio services can be sent with a single video channel, but the PSIP virtual channel guide may get crowded. (PSIP or Program and System Information Protocol, carries the information that tells TV sets what’s in a TV signal.) Using separate virtual channels for say, English and Spanish in the main channels, the VI feeds and for hearing-impaired feeds adds six choices in guide.

The Consumer Electronic Association is working on a standard, CEA-CEB-21, Recommended Practice for Selection and Presentation of DTV Audio. It provides guidance to receiver manufacturers on how to parse an ATSC audio stream so viewers can find what they want without an engineering degree. Work commenced on the standard in mid-July; the second pre-vote comment round came to a close Nov. 22, 2010. Allison said it’s nearly done.

He earlier expressed frustration with the consumer electronics industry for not supporting dual-stream Dolby Digital, or AC-3, coding. The original ATSC standard for the transmission of digital broadcast television allowed for dual-stream AC-3, which would have supported multiple audio streams. However, it was not made mandatory and receiver makers therefore did not incorporate it into TV sets. Dual-stream AC-3 would have been more bandwidth efficient than the configurations with Dolby E.

“Receiver makers refused to support the original Dolby design to save bits by enabling supplemental audio tracks, so service providers must consume bits to send everything for any audio service,” he said. Then making a winking reference to Gary Shapiro’s best-seller, “The Comeback,” which makes the case for reclaiming TV spectrum for broadband, Allison added, “I wonder if that is in Gary’s book.”