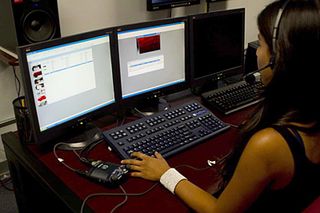 Crimson Tide Productions (CTP), the visual media production arm of the University of Alabama Athletics department is using Pixel Power Clarity graphics systems to enhance its video presentations. CTP is responsible for creating all of the visual components for the Athletics Department including video productions for the big screens at Bryant Denny Stadium, Coleman Coliseum, Foster Auditorium, the baseball and softball stadiums and the soccer complex. In addition, CTP creates content for the web including the department’s web site, RollTide.com, as well as the subscription TideTV web service.

“To take on the range of projects we envisioned, we needed to have more flexibility,” said director of Crimson Tide Productions Justin Brant. “At the same time, it was very important that the new systems deliver very high value; price point was a key consideration. Clarity 3000 delivers a lot of bang for the buck. For example, the built-in media player in our Clarity adds significant to the system’s value. When our server is under heavy load, Clarity gives us extra capacity to handle multiple tasks simultaneously.”

Clarity 3000 was installed as part of an upgrade of CTP’s 10-year-old control room, replacing an outdated character generator that didn’t meet the technical or creative requirements of the department. The change has enabled CTP to better keep up with increasing demand. During February CTP covered five of the school’s major sports throughout the month, requiring a record number of graphics to be produced, including pre-game entertainment, in game announcements, corner bugs, interactive trivia, promos and advertising from sponsors. CTP anticipates covering more than 150 live events throughout 2011.

CTP says Clarity is central to the University’s expanding use of the web to keep its fans around the world connected. While its football team has the exposure of a national broadcast contract, many of the school’s other teams are seeing an increase in their following thanks to CTP’s live streaming of games through its rolltide.com website. Clarity is integrated with the “game in progress” systems used to track scoring and statistics from all of the school’s venues, delivering the same timely information simultaneously to jumbo stadium screens and home laptops.