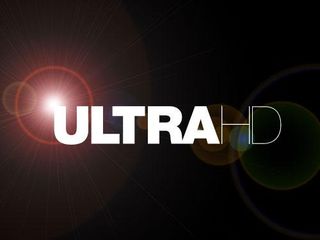 Although we probably won’t see it broadcast into our living rooms anytime soon, Ultra High Definition Television (or "Super Hi-Vision"), the 4K and 8K format developed by Japan national broadcaster NHK, has officially become the next global television standard.

On August 23, the format got approval by the International Telecommunication Union, after successful public viewing demonstrations in London, Tokyo and Washington, D.C. during the 2012 Olympics. The ITU standardized both 4K and 8K versions of the format.

The equipment to support the fromat is slowly emerging. Last week, Korean consumer electronics LG announced the world’s first 3D UHDTV system using the 4K version of the specification. It measures 84 inches and will start shipping in Latin America in September. it supports 3D and includes a special Depth Control feature that lets users change the level of perspective.

In addition, Belgium-based intoPIX will show at IBC the first of a new generation of UHDTV codecs that leverage JPEG 2000 compression and target digital cinema and broadcast applications. The company said the new ULTRAHDTV JPEG 2000 codecs, called IPX-JPUHD, achieve visually lossless quality at 60 frames per second with a respective maximum compression bitrate of 2Gb/s for 4K and 8Gbps for 8K.

The new format can deliver images with 33 million pixels through 7,680 horizontal lines and 4,320 vertical lines, refresh rates of 120 frames per second, as well as 22.2-channel sound. With 4K televisions hitting the market and content virtually non-existent, manufacturers will now have to begin targeting the new 8K format, which is believed to be at the limit (or even beyond) of what the human eye can process.

NHK has presented many prototype demonstrations of the UHDTV format at trade shows and technical conferences in the past, and last May, the public network showed the world’s first ultra-high definition shoulder-mount camera. By reducing the size and weight of the camera, the portability had been improved, making it more maneuverable than previous prototypes, so that it can be used in a wide variety of shooting situations.

The single-chip sensor uses a Bayer color filter array, where only one color component is acquired per pixel. Researchers at NHK have also developed a high quality up-converter, which estimates the other two color components to convert the output into full resolution video.