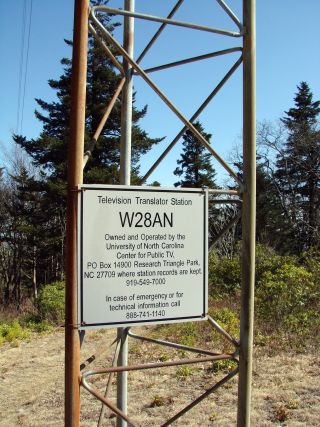 WASHINGTON: A low-power TV group is seeking to stay a recently issued digital-transition deadline. The National Translator Association is asking the Federal Communications Commission to stay the section of its deadline rules requiring out-of-core LPTVs to find a core channel by September 1 or cease broadcasting by the end of the year.

The NTA said it intended to file a petition for reconsideration, but it was filing a Motion for Stay in the meantime “because of the extremely short time afforded out-of-core translators to implement the specified paragraphs of the order.”

The motion refers specifically to paragraphs 23-35, which cover LPTVs and translators operating on Chs. 52-69. Those channels were redesignated for wireless use after the June 2009 digital transition for full-power stations. LPTVs, including Class A’s and translators, were not covered by the 2009 deadline, and some continue to transmit analog signals on Chs. 52-69, now considered “out-of-core.” Chs. 2-51 now are considered the core TV band, though the National Broadband Plan proposes to scale it back by an additional 20 channels.

There are about 4,500 licensed translators in the country. Most rebroadcast full-power TV station signals to areas where they would otherwise not be received. The NTA said around 300 would be affected by the out-of-core deadline. They have until Sept. 1, 2011, to file a displacement application seeking an in-core channel assignment. Those who fail to do so will have to shut down at the end of December.

“There is no compelling reason for the abrupt imposition of such a short time-frame, because an effective procedure, which enables the full deployment of wireless in a timely manner--is already in place and has been working satisfactorily,” the NTA said in its motion.

Current rules allow wireless licensees on Chs. 52-69 to give 120 days notice to an incumbent broadcaster to clear a particular frequency. Therefore, the NTA reasoned, “there is no need to adopt a close-out date for translators and low-power stations.”

The NTA said the September 1 application deadline didn’t provide enough time for the 300 affected licensees to find an in-core channel and prove operations would not interfere with incumbent stations. Applicants would then have to wait for FCC approval, and all frequency changes must be put on a 30-day grant list. Moving to a new channel could also require a site change, which would take more time.

“By now, it is late November,” the NTA said. “Work at tower sites in the mountains and on tall towers even in flat land becomes difficult due to inclement weather after October.”

The September 1 deadline is part of the commission’s Second Report and Order covering the digital transition deadline for 7,240 LPTVs, including Class A stations and translators. It requires analog LPTVs now transmitting on Chs. 2-51 to cease doing so and go digital-only by Sept. 1, 2015. The rules officially go into effect Aug. 26, which is also the deadline for Petitions for Reconsideration.

The FCC in its R&O had little sympathy for out-of-core LPTV and translator operations.

“For many years, out-of-core channel low-power television broadcasters have known their use of [Chs. 52-69] was authorized only on an interim basis.... and should have been expecting to be displaced at any time.”

Verizon, which bought 112 of the licenses in Chs. 52-69 during the 2008 700 MHz auction, is urging the FCC to clear the block and put a freeze on applications for new TV facilities on Ch. 51, claiming interference from those licensees.