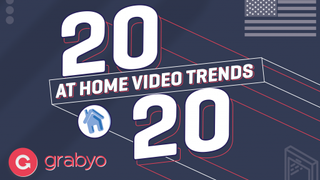 NEW YORK—It’s not just the amount of time U.S. homes spend streaming that has seen a sizeable rise during the COVID-19 pandemic, but also the money spent on streaming services, according to a new report from Grabyo that found monthly spending on streaming has risen by more than $1 billion.

This comes from Grabyo’s latest “At Home Video Trends—U.S. 2020” report on video consumption and purchasing habits, a follow up from a January survey to analyze the change caused by COVID.

Per Grabyo’s report, 89% of U.S. consumers currently pay for video services, with one-third of those video customers subscribing to at least one new streaming subscription since March. This resulted in the $1 billion increase in per month spending, which equates to more than 22% growth.

That may well be the norm moving forward, as 85% of video consumers told Grabyo that they intend to continue with the same number of video subscriptions even after social isolation restrictions are lifted in the U.S.

A big reason for this streaming surge is the increase of consumers 50 and over joining the streaming world. Grabyo found that 65% of those aged 50-64 and 50% of 65 years and older are now paying for online streaming. Social isolation has led to closer alignment in video consumption habits between the older and younger age groups, says Grabyo.

Traditional pay-TV has also gotten a slight bump during these times. While 67% of customers say that they already have or intend to cut the cord in the next five years, the market share projection for pay-TV in the next five years has risen from 28% in January to 33% now, as current pay-TV subscribers see value in broadcast TV packages. However, this is an area that may change when social restrictions are lifted.

“With most of the U.S. population staying at home, consumers have had the chance to watch more TV, trial new streaming subscriptions and discover which services offer the most value,” said Gareth Capon, CEO at Grabyo. “Our findings show that online streaming has come out on top across all consumer segments and these changes in the market are here to stay.”

Additional findings from Grabyo’s report include an uptick in consumption of ad-funded video services (AVODs), while free-to-air linear TV audiences have decreased by 24%. Also, the number of consumers using social media to regularly watch video has increased to 75%.