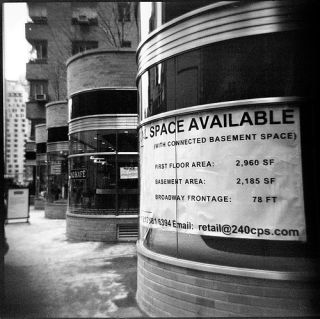 WASHINGTON: The FCC’s latest ruling on unlicensed devices operating in the TV spectrum modifies the original 2008 order in four areas: Incumbent services, the devices themselves, databases they’ll be required to check and the use of TV channels. The changes address 17 petitions to reconsider the 2008 order, though the FCC said it upheld “the majority” of those rules.

The commission’s Second Memorandum Opinion and Order, released last Thursday, represents the final parameters governing TV band devices, or TVBDs. They represent a new class of personal communications gear that will be allowed to operate in unoccupied TV channels, aka “white spaces.”

Broadcasters fought TVBDs because their potential to disrupt TV reception was unknown. As no such devices are on the market and only prototypes have been tested, this remains a concern. Particularly now that the commission eliminated a requirement that TVBDs automatically sense occupied channels. The devices instead will rely entirely on communicating their geographic coordinates to privately owned databases of channel usage and availability.

TVBD Types and Power Levels
Three basic types of TVBDs are described in the FCC’s ruling--fixed, and portable Modes I and II. (“Portable” as in movable but stationary in use, versus “mobile” as in constant motion. The FCC has not yet taken up mobile TVBDs.) Fixed devices are just that--tethered to a single location, e.g., a home Wi-Fi modem. Mode II portable devices are those with integrated capability to communicate with the databases. Mode I describes portable TVBDs that are dependent on base stations or Mode II devices.

Portable TVBDs will be allowed to operate at 40 mW in channels adjacent to TV signals, and 100 mW elsewhere. A petition by the Community Broadcasters Association to reduce the adjacent-channel power level was rejected. However, all TVBDs--fixed and portable--must have technology that adapts power levels to the minimum necessary to accomplish communications.

The commission modified the rules governing the allowable antenna height for TVBDs. Rather than just 30 meters above ground as previously defined, a height above average terrain, or “HAAT” was added. Fixed TVBD antennas will be prohibited from operating above a HAAT of 106 meters.

The 2008 order required all TVBDs be capable of sensing analog and digital TV signals as well as wireless mics operating at specified power levels. This requirement was dropped in the final order for devices that access a geo-location database. The FCC said it nonetheless expects manufacturers to voluntarily include spectrum-sensing technology in such devices. >

The commission said it would also accept applications to certify sensing-only devices under a “proof-of-performance standard. Such devices would have to sense wireless mics and other low-power auxiliary stations at a minimum threshold of -107 dBm, up from -114 dBm. The minimum threshold for TV signals remains -114 dBm. The power limit for sensing-only devices is 50 mW.