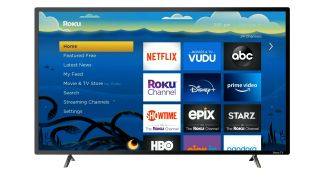 SAN JOSE, Calif.—Roku is ready to roll with the latest version of its operating system, the Roku OS 9.4, which will be available to all Roku customers in the next few weeks.

A key new feature to OS 9.4 will be the availability of Apple AirPlay 2 and HomeKit capabilities on select 4K Roku devices. With AirPlay 2, Roku users can stream, control and share content directly from their iPhone, iPad or Mac to the supported Roku device. HomeKit, meanwhile, allows users to control their Roku device using the Home app and Siri on iPhone, iPad, Mac, Apple Watch or HomePod.

As part of the OS update, The Roku Channel now has a free mobile app that offers free streaming content for iOS and Android smartphones. New channels are also being added to The Roku Channel’s lineup.

Roku’s new OS also features hints that appear on the TV screen to help users of available voice commands they can use for quick, simple control. Users of Roku audio products who have a multichannel speaker configuration will also be able to adjust their volume of their rear surround speaker relative to the volume of the soundbar to match their preference.

Also part of the OS 9.4 update is faster initial setup and launch times for top channels and videos. Updated theme packs are now available as well with the new feature of corresponding audio tones that match the theme when pressing various buttons on the Roku remote.

The Roku OS 9.4 is expected to be available to select Roku players this month (September), with all supported streaming players updated with it in the coming weeks. Roku TV models are expected to receive the update in phases over the coming months, per Roku.