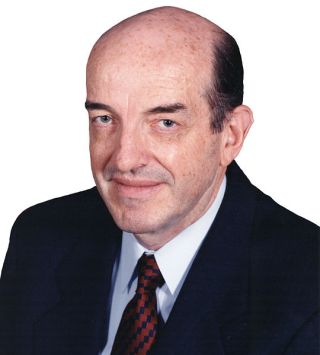 Democrat Michael Copps is finally getting a shot at FCC chairman after eight years on the commission. He was named acting chairman yesterday by President Obama. Michael Joseph Copps has been one of two minority members of the five-seat commission since May, 2001. Being the underdog for all those years never seemed to lessen his resolve. Copps has been one of the commission’s most unrelenting critics. He regularly laid into Kevin Martin, who just stepped down as chairman, for not allowing enough review or public comment on agenda items. He’s fought tooth and nail against media consolidation.

When media ownership rules were loosened in 2002, Copps did not mince words:

“At issue is whether a few corporations will be ceded gatekeeper control over the civil dialogue of our country; content control over our music, entertainment and information; and veto power over the majority of what we and our families watch, hear and read.”

He continued thus for 23 pages, and didn’t back down over the years. At a gathering in Memphis a year ago, Copps again blasted media consolidation as only he can. He is quoted here from Ad Age:

“Too little news, too much baloney passed off as news. Too little quality entertainment, too many people eating bugs on reality TV,” he said. “Too much brain-numbing national playlists. Too little of America, too much of Wall Street and Madison Avenue.”

In that same article, Andrew Schwartzman, a long-time Washington consumer lobbyist who of the Media Access Project, referred to Copps as “by far, the most effective FCC commissioner in a minority roles that I have seen in 37 years of working with the FCC.”

Copps has never wavered on public interest obligations, the principle laid down by the 1934 Communications Act that forms the basis of broadcast licensing. The subsequent 1996 Communications Act that set aside spectrum for the digital transition reiterated the dictum: “Nothing in this section shall be construed as relieving a television broadcasting station from its obligation to serve the public interest, convenience and necessity. In the commission’s review of any application for renewal for a broadcast license… the television licensee shall establish that all of its program services on the existing or advanced spectrum are in the public interest.”

Copps has pressed to define public interest obligations for DTV. He expressed his ire for the absence of such in a 2007 op-ed piece for The New York Times.

“The problem is that, under pressure from media conglomerates, previous commissions have eviscerated the renewal process,” he wrote. “Now we have what big broadcasters lovingly call ‘postcard renewal’ --the agency typically rubber-stamps an application without any substantive review.”

While Copps is adamantly anti-consolidation and pro public interest, he is also pragmatic. He’s had one eyebrow up about a single date DTV transition deadline throughout much of that process. It was Copps who pushed for creating a test market.

“Pulling the switch on stations all across the land at one and the same time in February 2009 is going to be a real throw of the dice,” he said last February, when the FCC issued its final rules for the transition.

Copps is expected to steer the FCC until Julius Genachowski is named to the chairmanship and confirmed by the Senate, which could take several weeks.

Copps was assistance secretary at the U.S. Department of Commerce for three years before his appointment to the commission. He had served five years before that in the department’s Trade Development Unit. The Milwaukee native was assistant chief of staff for Sen. Fritz Hollings (D-S.C) for 12 years after moving to Washington, D.C. in 1970. He holds a B.A. form Wofford College in Spartanburg, S.C., and a Ph.D. in U.S. history from the University of North Carolina at Chapel Hill.