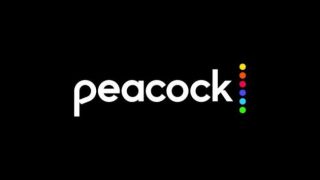 PHILADELPHIA & NEW YORK—NBCUniversal is giving an early glimpse of its new Peacock ad-supported streaming service to Xfinity X1 and Flex customers starting today, April 15. This preview comes ahead of the national launch for the service that is expected on July 15.

“Now more than ever there is a need for a free quality streaming service that can provide viewers with both the information they need to stay informed and entertainment they seek to escape the moment,” said Matt Strauss, chairman of Peacock and NBCUniversal Digital Enterprises.

Peacock is the next streaming service in a lineup of new offerings that have included Disney+, Apple TV+, Quibi and the soon-to-be-released HBO Max.

One area where Peacock will differ from its competitors, however, is that at launch it will offer a free tier for consumers that will feature more than 7,500 hours of content, but will also feature advertisements—five minutes or less of commercials per hour, said NBCUniversal. It will also have Peacock Premium, with additional content and services, for $4.99 a month and an ad-free tier for $9.99 a month.

The preview for Xfinity X1 and Flex customers will be of Peacock Premium.

For Xfinity customers to access their preview of Peacock, then can simply start by saying “Peacock” into their Xfinity Voice Remote. In addition, Flex customers can find Peacock content in the “New This Week” and “Free to Me” rows, as well as a special “Trending Now on Peacock” row. Peacock programming will also be available in the X1 guide.

Content available right away on Peacock Premium will include NBC classic shows like “Law & Order: SVU,” “30 Rock,” “Friday Night Lights,” “Saturday Night Live” and more, as well as current NBC shows. It will also have daily news, sports and pop culture programming, and a movie library with titles like “Jurassic Park,” “American Psycho,” “E.T.,” “Meet the Parents” and more. Additional programming like “The Office,” “This Is Us” and more will be released later.

Peacock will also have a number of original programs available on the service, but according to Strauss, a majority of the original productions have been halted because of the coronavirus and as a result will not be available until likely 2021.

Also, with the postponement of the 2020 Tokyo Olympics until 2021 because of the pandemic, Peacock will not have one of its marquee events early on in its rollout as initially intended. However, when sports do return, Peacock will be a streaming home for the Premier League, the Ryder Cup, an NFL Wild Card playoff game and eventually the Tokyo Olympics and Paralympics.

Despite these delays, Tal Chalozin, co-founder and CTO of Innovid and expert of TV and streaming video, believes that Peacock is poised for success in the streaming wars.

“The current climate is very favorable for streaming platforms given that we’re seeing an increase in linear and traditional bundle drops,” Chalozin said. “During the stay-home mandate, one of the strongest data trends that Innovid has seen is the growth of ‘broadcast and cable’ content vs. other video content such as social video or long tail video. As of last week, broadcast publishers had the highest volume growth in CTV ad impressions, representing a 6% increase. Peacock is positioned well to capitalize on this trend.”

UPDATE: NBCUniversal is reportedly considering an accelerated launch for Peacock ahead of its current July 15 launch date, according to TVT's sister publication Next|TV.