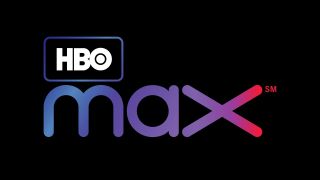 LONDON—HBO Max is expected to launch to consumers in May, and WarnerMedia is making sure that it has plenty of content to fill its new streaming service, per a new report from Ampere Analysis. Inversely, as the number of titles commissioned for HBO Max increase, the number of shows approved for cable have begun to significantly trail behind.

In the fourth quarter of 2018, WarnerMedia commissioned 29 new titles; 27 of them were designated for its cable services, while only two were meant for streaming. Q1 and Q2 of 2019 saw small increases in the number of approved streaming titles, but cable still dominated.

However, in Q3 2019, which was the same time period that WarnerMedia announced HBO Max, the dynamics began to change. It was a near 50/50 split between cable and streaming title commissioned during Q3 2019, with 23 approved for cable and 20 for streaming.

Q4 2019 was when streaming officially became the primary placement for newly commissioned WarnerMedia titles, with 46 developed specifically for streaming and 17 developed for cable. In a year’s time, cable went from having more than 90% of the commissioned titles to just more than one quarter of them.

Even with its declining numbers for cable titles, WarnerMedia’s cable properties were still among the top five U.S. cable network commissioners in each quarter of 2019.

“Warner’s pivot toward an increasingly HBO Max-first approach to commissioning is not only apparent in the number of new projects in development, but also in the types of content being commissioned,” noted Fred Black, analyst at Ampere. “Warner’s cable properties commissioned only four sci-fi & fantasy titles in 2019, all at HBO, while its streaming properties greenlit 12. This is the clearest sign yet that the home of the juggernaut “Game of Thrones” will in the future play second fiddle to HBO Max when it comes to some of Warner’s highest-profile genre commissions.”