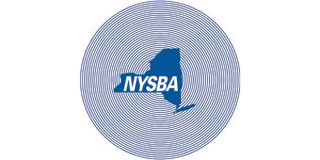 ALBANY, N.Y.-- The New York State Broadcasters Association, which was founded in 1955, in part to represent the interests of television and radio stations, has announced six inductees into their Hall of Fame. The ceremony will take place in New York City Nov. 1.

Mike Wallace, CBS News and Co-editor of 60 Minutes
Wallace began in television in the 1950s and became the host of the nationally-distributed “The Mike Wallace Interview.”

Wallace became a full-time correspondent with CBS in the 1960s and co-editor of “60 Minutes” in 1968. He questioned the sanity of the Ayatollah Ruhollah Khomeini and challenged Russian leader Vladimir Putin.

Wallace won 21 Emmy Awards throughout his career before he passed away on April 7, 2012.

Len Berman, TV Sports Broadcaster
Berman is an eight-time Emmy Award-winning sportscaster who covered Super Bowls, World Series and Olympic Games during his 40-year career in broadcasting. He worked for a number of major stations, including WNBC-TV (1982-2009), WCBS-TV (1979-1982) and WBZ-TV in Boston (1973-1978.) Berman also hosted a segment on WNYW-Fox 5 in 2012.

He is the creator of “Spanning the World,” a monthly collection of sports bloopers, which was a 20-year staple on NBC’s “Today Show.” Berman is also the creator of “Sports Fantasy.” He is a six-time winner of New York Sportscaster of the Year.

His daily Top 5 email is featured in The Huffington Post. Berman’s views on sports can be seen on his website, That’s Sports. His newest kids' book debuted on the New York Times best-seller list.

Jackie Robinson, TV Anchor/Reporter
The news anchor grew up in North Syracuse and stayed in her hometown. She joined WSYR-TV's (now WSTM-TV) news staff in 1978 as a general assignment reporter upon her graduation from Syracuse University's Newhouse School. In less than seven years, she became the station's first black female anchor. This accomplishment was noted in Jet Magazine, which compared her to another Jackie Robinson.

She was also president of the local teen chapter of the National Council of Negro Women, which urged her to apply for a minority scholarship at Syracuse University, where she elected to pursue a career in broadcasting.

She has held many positions, including anchor, news producer, host of the local community program "City Scene" (formerly "News and Views, Black Perspective"), and as weekend assignment editor and weather reporter.

Among her honors: the New York State Governor's Award for African-Americans of Distinction; the Spirit of American Women Award; the 1991 Post-Standard Woman of Achievement in Communications; the 1990 Women in Communications' Community Leader of the Year Award; and, the "Best Local News Personality" by the Syracuse New Times in 2000. In 1995, she received the Syracuse University Chancellor's Award as an SU Outstanding Journalist.

Rich Funke, TV Anchor/Reporter
Retiring this year after 38 years, Funke’s career encompassed both news and sports. Working for WHAM radio, he was the first reporter on the scene at the Attica Prison riots. He helped sign WAXC radio on the air as the station's first news director.

As sports director for WHEC-TV (Rochester) in 1974, Funke created a new standard in covering local sports at all levels. He started a series of live high school football broadcasts and a yearly special on the Section Five Champs. He hosted golf specials and was the first play-by-play voice for the Rochester Knighthawks. Returning to news, he anchored the first 5 p.m. newscast in 1993. In 2005, he anchored the 11 p.m. News, as well as the first 7 p.m. newscast in Rochester.

Joan Hamburg, Radio Show Host
New York Radio’s “First Lady” has been a personality on WOR-710 AM since the early 1970s. The Long Island native began her radio career broadcasting consumer segments on the long-running "Rambling with Gambling" morning show.

She eventually earned her own show, which covers news, food and celebrity interviews. Highlights from her show are combined to create a two-hour nationally syndicated weekend show.

Hamburg is known for broadcasting from locations in the community. With her daughter Liz, Hamburg is part of the first mother-daughter radio team in the country.

Scott Shannon, Radio Show Host/Disc Jockey
For 20 years, Shannon has co-hosted the “Scott & Todd in the Morning Show” on 95.5 WPLJ. In addition to being the program director at WPLJ, he also runs the “The True Oldies Channel," a nationally-syndicated radio network heard on 60 broadcast stations.

Shannon’s first job, at age 17, was in Mobile, Ala. Then it was on to Memphis, Nashville, Atlanta, Washington, D.C. and Tampa, where he created the format known as the "Morning Zoo" – a daily, four-hour show. From there, it was on to New York's Z100, out to Los Angeles for Pirate Radio, and back to New York, where he joined WPLJ in 1991.