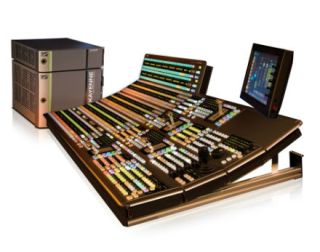 NEP’s trucks utilize Grass Valley video production center switchers, some of which were onsite and used by ABC and E! Networks to provide HD coverage of the red carpet.

NEP's Grass Valley switchers were used in the 720p HD mode, but can also be reconfigured for 1080 interlaced and progressive HD productions because of the switchers’ multiformat capabilities.

Onsite, the company’s Sweetwater Cobalt truck utilized a Kayenne switcher, while its Silver and Summit production trucks both featured a Kalypso switchers and Trinix NXT routing switchers. The three trucks handled all of the red carpet festivities for both ABC and E! Networks.

Nielsen data indicates that ABC attracted an average of 13.3 million viewers for the 2012 Emmys, a significant increase over Fox’s 2011 broadcast, which garnered 12.4 million.