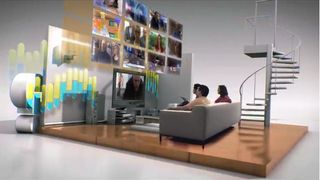 WASHINGTON: The National Association of Broadcasters today unveiled a new on-air campaign promoting broadcast television. The campaign, comprised of 30-second television and radio ads, was previewed today as part of a membership-wide Webcast from NAB’s headquarters in Washington, D.C.

The lobby is making its “Future of TV” spot available to radio and television stations for airing from Jan. 4-24. The period coincides with the commencement of the new GOP-controlled congress.

Radio spots will be made available for download at NAB.org. The 30-second ads were produced in both English and Spanish. The ads are embargoed until Jan. 4, 2011.