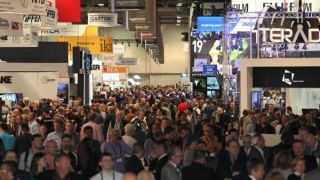 UPDATE 2/19: The NAB has said that it plans to go on with the NAB Show as planned.

UPDATE: GSMA, the organizer of Mobile World Congress Barcelona 2020, announced Feb. 12 it has cancelled the event scheduled for February 24-27 because of concern over the outbreak of coronavirus and its impact on travel, the organization said. These factors "make it impossible for the GSMA to hold the event," said GSMA CEO John Hoffman. Earlier in the week,several large companies, including Amazon, Ericsson, Intel, LG, Nvidia and Sony, announced they were pulling out of the event over concerns about coronavirus.

WASHINGTON—The National Association of Broadcasters is closely monitoring the outbreak of the coronavirus (COVID-19) in China, with an eye toward its potential impact on attendance and exhibitors at the 2020 NAB Show, April 18-22, in Las Vegas.

As of this writing, no exhibitors have pulled out due to the virus; however, NAB is currently reaching out to companies from China to assess their status, said Ann Marie Cummings, senior vice president of Communications for the broadcaster trade association.

According to NAB’s demographic breakdown of its 2019 show, 30% of non-U.S. attendees came from Asia.

In Las Vegas, the city’s convention bureau has seen no cancellation of trade shows since the outbreak of coronavirus in Wuhan, China, said Erica Johnson, director of communications of the Las Vegas Convention and Visitors Authority. There are 16 trade shows with more than 5,000 expected attendees scheduled for Las Vegas between now and the beginning of April.

“The health and safety of our attendees and exhibitors is our first priority,” and to that end, the association is developing policies and procedures “to combat potential threats and ensure a safe and productive environment for all,” said Cummings.

Possible steps include “enforcing best practices to prevent the spread of flu viruses,” ramped up sanitation efforts and making sure medical personnel are present at the event, said Cummings.

While it is still too early to determine what, if any, effect the virus will have on the show, the trade association is “confident the NAB Show will convene as the world’s largest and most comprehensive media and technology convention,” she said.

“More importantly, our hearts go out to the citizens of China and all who have been directly affected,” said Cummings.