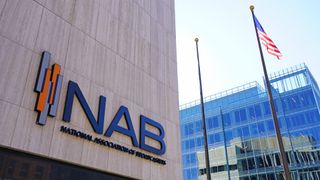 WASHINGTON—The NAB, after getting some feedback from the FCC, has decided to withdraw its request that the commission delay its new rules regarding audio description programs for TV station affiliates expanding to stations outside of the top 60 designated market areas.

Currently, the FCC requires TV station affiliates of the top four networks in DMAs 1-60 to provide a certain amount of audio described programming each calendar quarter. The commission, via a public notice, has called for those rules to expand into 40 additional markets—10 each year for the next four years—beginning with stations in DMAs 61-70 on Jan. 1, 2021.

The NAB had previously filed comments to delay that start date 10 months to Oct. 1, 2021, believing that such a delay would “provide some needed flexibility to any stations that are unable to launch audio description without appreciable expense or in a timely manner,” the association wrote.

However, after the FCC shared its feedback and concerns that a blanket delay could be overinclusive and unnecessarily stall the availability of audio described programming to those who are blind or visually impaired, NAB has agreed to withdraw its request for a blanket delay. Instead, NAB will support stations that are unable to meet the deadline on a case-by-case basis, like if a station needs to purchase more equipment or needs more time to recover from the financial impacts of COVID-19.

“The broadcasting industry takes seriously its commitment to improving the ability of Americans who are blind or visually impaired to enjoy broadcast programming,” NAB wrote.

The association continued: “We share the FCC’s goal of ensuring access to video programming, and by limiting the number of stations that may need additional time to comply with the audio description rules, NAB will support the FCC’s effort to efficiently increase the availability of audio described programming to blind or visually impaired viewers.”