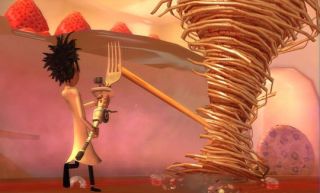 “When we started talking about compression, it couldn’t be separated from video quality,” he said. “We didn’t have a language for that. We’re looking at a creative vocabulary.”

The work is being done in conjunction with 3D@Home, a consortium of companies working on 3D content, transmission and display.

“‘Artifact,’ for example, refers to anything man-made or unnatural,” McCarthy said. “3D on a 2D display is, by it’s nature, slightly unnatural.”

With high-definition video, artifacts are referred to as “noise,” “macro-blocking,” or “motion blur.”

“Those are great for monocular,” he said. “When you talk about binocular and depth perception, you’re engaging another part of the brain.

“You might have ‘ringing’ around an edge,” he continued. “If you have a high-contrast sharp border, and you compress it too strongly, the edge will have waves or ripples. That’s a ringing artifact in 2D.”

Ringing on the dual images of stereoscopic 3D would not likely be in sync, and therefore it would produce a sparkling or fluctuating appearance to an edge where depth is supposed to be perceived.

“Depth ringing” then refers to this phenomenon in 3D.

McCarthy said there are about four pages of unique terms for stereoscopic 3DTV. His group’s intent is to make them available across the industry in about a month.