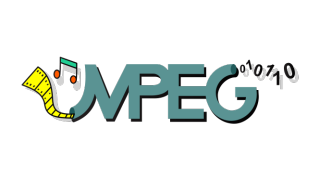 The founder of the most widely used digital video standard of the 20th century says the group that developed it has closed up shop, adding that the standard is officially “dead,” killed off by the International Organization for Standardization, which he derided as a “feudal organization.”

Leonardo Chiariglione, founder of the Moving Pictures Experts Group, resigned from the organization—which he had led since founding the group in 1988—in June and made his thoughts known in a blog titled “A Future Without MPEG” last week. Among the reasons, Chiariglione cited was the way the ISO changed its methods in treating the standard, which is responsible for the widespread adoption of digital video over the past several decades.

“What used to be the reference standards group driving close to 2% of the Gross World Product, i.e. $1.5 trillion, and affecting the daily lives of billions of people is now reduced to splinters” he said. “The radical innovation of putting in one committee all media components, copied by most standards bodies and companies, is gone. Now, ISO media standards are treated separately. Godspeed, when someone will need to put the pieces together.”

This doesn’t mean that MPEG no longer works, but rather further development of the standard is effectively dead.

Chiariglione says that while holders of MPEG-2 IP (which became the de facto digital video standard for DTV worldwide) were “responsible” industry participants, holders of patents for succeeding standards—particularly HEVC—were not.

“MPEG did not live happily after MPEG-2 because it saw that most MPEG-2 IP holders held IP on the following (video) coding standards and had difficulty adjusting to the internet video distribution paradigm,” he said. “Adding to that, the number of IP holders on HEVC has skyrocketed to ~45, 2/3 of which belong to one of the three existing patent pools and 1/3 belong to none.

“It should be no surprise that the HEVC standard has some use in broadcasting, but its use on the web is estimated to be at 12%,” he continued. “If one considers that broadcasting is a rich but declining market and video on the web is constantly rising, one understands that ISO standards will be gradually relegated to a more and more marginal market.”

Chiariglione added that efforts to evolve the licensing regime to a “royalty free” arrangement based on various flavors of MPEG standards following MPEG-2 came up short, again blaming the ISO.

“A company should not be forced to give away a patent for free, but ... ISO rules allow a company to prevent a no-license/free license standard from happening by simply making a cautionary ‘I may have patents that I am willing to license’ declaration,” he said.

Chiariglione also cites the new landscape that has taken hold over the past decade with new proprietary video codecs developed by Silicon Valley, like AV1, which was developed by Amazon, Cisco, Google, Intel, Microsoft, Mozilla and Netflix as part of the “Alliance for Open Media.”

When it announced the AV1 standard in 2015, AOM said that AV1 would have a royalty-free ecosystem; patent review process and legal defense fund; cutting edge technologies and collaborative open source development, Chiariglione said.

While he described MPEG-4 AVC as a very successful “generic” standard because it is used for broadcasting and online streaming as well, he had harsh words for HEVC.

“After seven years, MPEG-H HEVC patent holders could not get their acts together and propose a decently unified licence,” he said. “HEVC is used in broadcasting, however, use for streaming is limited at best.”

He says the death of MPEG was inevitable partly because of the influx of  competing standards from computer interests.

“MPEG, with all its influence on the industry, was like a free city in the Middle Ages, ready to fall under the attack of powerful armies,” he said.

As for the future, he has hope for the recently adopted VVC standard, “if they get their act together and propose a decent licensing scheme,” but he fears that broken industry promises and ISO policies will bog things down.

His blog is available here: https://blog.chiariglione.org/a-future-without-mpeg/