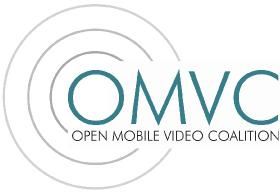 The event, held in the Rayburn House Office Building, is giving those in government a firsthand look at mobile phones, media table adapters, media players and portable sets capable of receiving Mobile DTV while on the go.

“Today, Mobile TV is live in 50 markets reaching more than half of the U.S. population,” said Vince Sadusky, president of the OMVC and president and CEO of LIN Media. “Now that the first consumer devices are available in retail stores, we are excited to celebrate the commercial launch of Mobile DTV.” Currently, more than 130 stations are on air in those 50 markets with Mobile DTV.

The Capitol Hill event also marks the commercialization of the new Mobile Emergency Alert System (M-EAS) that goes beyond today’s electronic text alerts for mobile devices, offering real-time video, maps, photos, and urgent information in the event of an emergency. Demonstrated by LG Electronics and Harris Broadcast, M-EAS is currently being standardized by the ATSC, which also developed the A/153 Mobile Digital TV broadcast standard.