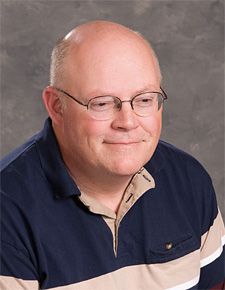 LAS VEGAS: While broadcasters see some signals of economic recovery after several years of downtime, they'll still be on the lookout for bargains and cost saving innovations amid the nearly 19 acres of exhibits and services at the NAB Show in Las Vegas, April 14-19.

Simultaneously, the 2012 show will also mark a milestone of sorts, for some early adopters of DTV technology: the necessary replacement of HDTV equipment originally purchased at least a decade ago to launch the digital TV era.

Tom Cupp, Bonten Media Group "It's hard to believe it's time to think about replacing HD studio equipment, but some [of our] markets have been in place with HD news for nearly ten years now," said Dave Siegler, vice president of technical operations at Cox Media Group. "We'll focus on updates of our current HD systems. Our group continues to look for solutions that will keep and improve our competitive positions in our news markets." Atlanta-based CMG lists $1.8 billion in revenues—via 15 TV and 85 radio stations, and 8 daily newspapers.

Siegler said he will also use NAB to seek alternatives to traditional live-feed trucks and newsgathering, "which are now areas that will continue to evolve in order to give us more flexible options for coverage of breaking news. And as for on-air operations, we're looking at media asset management systems that can be deployed in the near-term future," he said.

"We now have so many multicast 'dot-two' channels to manage, we have to find the most economic ways of doing that," he added. "These channels have grown even more important to us. They're no longer 'radar channels.' Plus we'll also be looking at Mobile DTV systems."

Randall Dark, a widely recognized pioneer in HD cinematography, says he's taking a new approach to the NAB Show's wares this year. "Over the past 25 years, my main 'focus'—pun intended—was to create compelling content with the most advanced imaging technology, no matter the purchase price. This year, a portion of my business will be content for Internet release online, and although I love dropping $125,000 to trick out the latest high-end camera, the end really doesn't justify the means," said the founder of Randall Dark Productions in Austin, Texas.

"I'll be looking for cost-effective end-to-end solutions, from front-of-glass to editing systems, all the way to digital output," Dark said. "I've always said 'you get what you pay for,' but what's fascinating is that manufacturers have now created great lower-priced cameras with much higher specs."

PBS Chief Technology Officer John McCoskey said he and some other PTV execs will be looking for tools (i.e., CALM compliance and non-broadcast captioning) to help with existing operations, and checking out gear to support public TV's next-gen infrastructure. "Products that help to automate parts of our workflow or help drive higher availability and performance are also on the list. This year that includes media asset management, automated quality control tools, transport stream and IP signal-monitoring, and maintenance tools," he said.

Also on McCoskey's to-check list for PBS: IP-based production and playout systems and higher density tapeless archives. "Our plan is to move toward a service-oriented architecture, so systems for workflow orchestration, playout and integration supporting FIMS [Framework for Interoperable Media Services] and SOA [service-oriented architecture] will be interesting to evaluate this year."

Tom Cupp, vice president of engineering at Bonten Media Group, said his NAB shopping list includes: CALM equipment; test gear; HD field cameras; and microwave hardware. Bonten is a five-year old New York-based group which owns nine stations in eight small markets. "CALM Act equipment is probably on everyone's list. At last year's NAB there were only a few solutions, but now it seems like everyone is building this equipment," Cupp said. "We've added dot.2 and dot.3 [multicast] programming to all our stations, so now each station has three audio streams to worry about. We're looking to get the most bang for our buck."

Cupp said new test equipment would allow Bonten's stations to thoroughly analyze transport streams before and after transmission, and help assure compliance with captioning and the CALM (Commercial Advertisement Loudness Mitigation) Act, where stations must be in FCC compliance by the end of the year (albeit, the FCC may grant waivers for financial hardship).

"Also, as we continue to convert our stations to HD, we're always interested in what's new with field cameras and the best way to get the story back to the studio. We'll continue to use microwave, but we want to look at bonded cell service and other IT-based methods, too," Cupp said. "I keep waiting for one of the camera manufacturers to come out with some of this technology 'built into' their HD field cameras. Most of our stations have first-generation digital STL microwave equipment, and these are getting pretty old. We want to replace it with new digital systems."

For 3DTV, veteran HD cinematographer Kristen Cox of 16x9 Productions in Austin, Texas, says "although 3D has been hyped extensively over the past few years, we've avoided it like the plague. 3D has always seemed like a gimmick. But this year at NAB I've decided to revisit 3D based on the fact that a few manufacturers have launched more user-friendly camera systems that don't require an "Avatar"-type movie budget to achieve high quality."