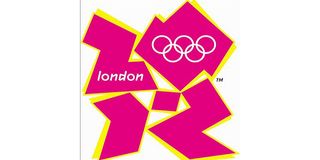 PORTLAND, ORE–Broadcasters including the BBC and Terra in Latin America, will use technology from Elemental Technologies, a supplier of video solutions for multiscreen content delivery to deliver multiscreen coverage of the Summer Games in London. Canada’s Olympic Broadcast Media Consortium in Canada, Eurosport, as well as customers in the U.S. and Japan will also stream the Olympics via Elemental. These deployments, when combined with Elemental’s support for transnational feeds of the Games, will make video streams from Elemental available in 70 countries and to more than a billion potential viewers.

The BBC plans to stream 2,500 hours of the Olympic Games using Elemental Live and to provide its audience with up to 24 alternative live HD streams from which to choose. The BBC will also use Elemental Live to encode and archive events that can be easily transitioned into video on-demand (VOD) assets for streaming catch-up TV to viewers in the UK.

Eurosport will deliver live coverage of the London 2012 Olympic Games via PC in 50 countries through the Eurosport Player service. Live streaming coverage will also be available via smartphone and tablets in 33 countries and for Panasonic Smart TV users in 38 countries. From a technical point of view, Eurosport will use Elemental’s encoding farm, consisting of 13 Elemental Live systems, to handle 42 Eurosport live video streams available in more than 5 bit rate profiles each, representing a global bandwidth of 400 Mb/s.

In Latin America, Terra plans to stream more than 2,000 hours of the Olympics Games using Elemental gear to audiences in more than 17 countries. To deliver online and connected device coverage of the games, Terra directs incoming HD and SD fiber optics and satellite feeds into Elemental Live for video processing. The density available with Elemental Live allows Terra to output six HD and 12 SD adaptive bit rate streams simultaneously for streaming to web and tablet devices as well as smartphones.

“Elemental’s solution provides a level of quality that is unmatched in the market without sacrificing the traditional tradeoff of density and cost,” noted Werner Michels, engineering director at Terra. “We chose to partner with Elemental because compared to the vendor we used for the Vancouver Olympics, with Elemental we were able to increase our coverage of the games and throughput by more than 50% in less than half the rack space while improving quality.”

“When we began the intense evaluation process for streaming of the Olympic Games more than a year ago, Elemental had little idea of just how broadly we’d be adopted on a global scale,” said Sam Blackman, CEO and Co-founder at Elemental Technologies. “To play such an integral role in the ‘first truly digital Olympics’ is a privilege that every Elemental employee accepts with great pride.”

Elemental will demonstrate Elemental Live as part of an end-to-end solution for multiscreen video delivery at ABTA in São Paulo, Brazil July 31–August 2 in booth J1, and at IBC in Amsterdam Sept. 7-11 in hall 7, stand 7.H37.