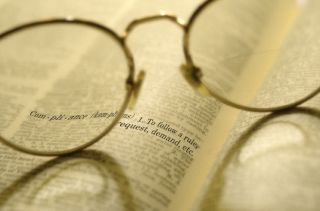 LOS ANGELES: “Innovation” is now the single most abused word among the beau monde. Its forms numbered nearly a dozen in President Obama’s 2011 State of the Union Address. It is the etymological mantra of appointed federal regulators intent upon repossessing broadcast TV spectrum. It is the shibboleth of the consumer electronics industry, poised to avail under the strategy.

As with so many of the concepts and schemes we all endlessly blather about in the age of 140-character publishing (including spaces), we’ve come to conclusions about “innovation” in and of itself. That it is above all, good, necessary and must be allowed to flourish unhindered. That it will by its nature lift the nation out of its economic doldrums and once again set America as the world’s shining jewel of industry. These suppositions are naïve and ignore history, the patterns of which communicating like 3rd grdrz on Twttr duz not serve to illuminate.

Innovation means merely to bring forth something new, or the act of doing so. Like nature, it has no inherent moral position, and similarly can be ascribed as an organic process. Prima facie, the innovation arising from human knowledge parallels the evolution of human intellect. And so we’ve gone from traveling by foot to flying in jumbo jets. This is deemed “progress.” Is it inherently good or bad? I suppose that depends upon perspective, and whether or not one is trying to respire in Los Angeles.

One primary argument repeated in defense of innovation is that it will generate revenue, and that in doing so, will serve the common good. Using catapults to smuggle drugs across the border is innovative. So are the spam-spewing botnets generating three-fourths of all e-mail traffic. Bottling water; who would have thought? Behold, the Great Pacific Garbage Patch. Drugs, spam and plastics are clearly profitable, but their common goodness is a bit dodgy.

It is also proclaimed that innovation will create millions of jobs. This is a central theme of Federal Communications Commission Chairman Julius Genechowski’s national broadband plan, which calls for the reclamation of TV spectrum. I do not dispute it. The Internet has already given rise to millions of jobs, It’s also cannibalized industries. Remember newspapers? How about $1 a word? Now its a dime for every thousand hits, with everybody and their mother-in-law writing about the same thing and spiking it with SEO terms. (Stormi Henley, Tracy Morgan, Challenger explosion, Groundhog Day, roof rake. . . )

I understand that the impetus behind the NBP is to create an infrastructure that promotes innovation, the application of which is up to the user. I understand buggy-whip makers are SOL, and it’s nothing personal. I understand that there’s a march toward robust, individualized wireless communications that nothing but absence of capital is going to halt. No one’s actually arguing against nationwide wireless broadband availability.

It’s the means that’s disingenuous. The wholesale glorification of innovation as a end unto itself lacks the dimensionality and rigor of the very concept. (Granted, some innovation is entirely accidental, but nationwide, wireless broadband will not be accidental.) We neither need to define specific examples of innovation nor exalt it generally to justify a national broadband plan, but we all would be better served by objective and practical analysis of how we get there.

Why and how was it determined that 120 of the 300 MHz now designated for broadcast TV must be reallocated for broadband? Why wasn’t a spectrum inventory authorized beforehand? Is this the most effective and efficient way to achieve the goal, given the federal government just spent a few billion dollars supporting the digital transition? Rather than initiate a drawn-out process to authorize incentive auctions to persuade broadcasters to relinquish spectrum, why not allow licensees to lease it out? The current strategy makes the Obama Administration appear intent upon dictating to the broadcast industry. It begs the question: Why?

Realistically, television may not be the best and highest use of the airwaves, but ubiquitous wireless broadband has its questionable implications, illustrated recently by a high-profile surgeon driving off a cliff in Los Angeles while texting. The promotion of innovation is nonetheless desirable, but so is analysis of how it’s to be achieved--particularly in this case. Because once free broadcast TV is gone, it’s gone for good.
-- Deborah D. McAdams